WATCH: The Duchess of Sussex visits the University of Johannesburg to make a big announcement to improve access to higher education in SA 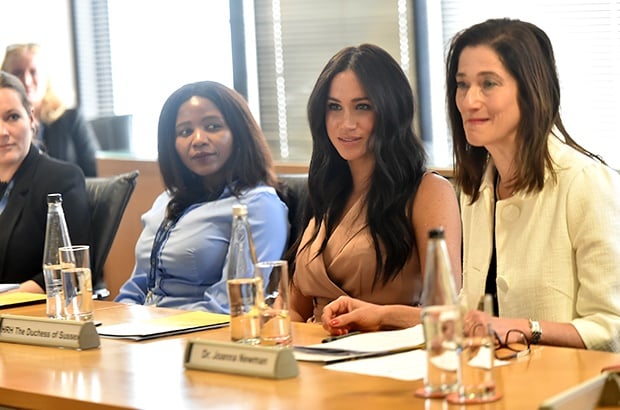 Cape Town – When the Duchess of Sussex arrived at the University of Johannesburg on Tuesday she was greeted by Susana Glavan, Director of the British Council in South Africa, and welcomed by a thrill of excited fans excited to see Her Royal Highness at their prestigious institution.

After smiling and waving to the very many students and admirers hoping to catch a glimpse of the duchess, Meghan made her way upstairs to meet with Professor Tshilidzi Marwala, Vice Chancellor of the University and Dr Joanna Newman, Secretary General of the ACU. 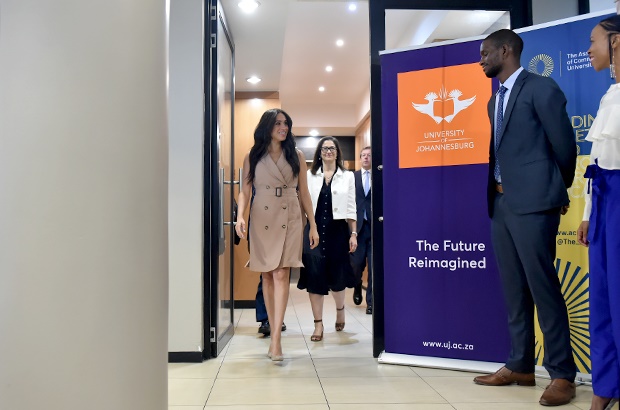 (WELCOME, DUCHESS MEGHAN: Her Royal Highness arrives at the University of Johannesburg for a roundtable discussion with the Association of Commonwealth Universities. Photo: Itumeleng English/African News Agency(ANA))

Established in 1913, the ACU – the Association of Commonwealth Universities – brings together universities from around the world to advance knowledge, promote understanding, broaden minds and improve lives. The organisation champions higher education helps to expand opportunities for students and academics and promotes international collaboration.

The Duchess of Sussex was announced as Patron of ACU in January 2019, taking on the role from Her Majesty The Queen, who held the position for 33 years. As a university graduate herself, Her Royal Highness is a strong advocate of accessible education for all, and as part of The Duke and Duchess's visit to Fiji in 2018, Her Royal Highness announced new Gender Grants for ACU member universities in the Pacific to fund new learning initiatives aimed at empowering female university staff and promoting gender equality. "Thank you so much for having me, I'm so excited to be here," she said, before saying this particular project is "truly and deeply meaningful" to her on a personal level.

Her Royal Highness was also excited to announce four new Queen Elizabeth Commonwealth scholarships, which will be given to students from Tanzania, Zambia and Nigeria to study in South Africa next year.

"Universality connects all of us," the duchess said, "so with students being able to study in a cross-cultural environment not only are they able to absorb the knowledge in that community but [so that] they are able to bring that back home."

Her Royal Highness also made specific reference to what's been happening in South Africa with the #FeesMustFall movement in recent years, and the ongoing battle to make education accessible to all.

"We are able to do our small part through the ACU to support so many people who are just eager to learn," she said, concluding, "And the only way we can make a difference in the world is if we're receptive to learning and sharing that information as we have it."

READ MORE: The Duchess of Sussex encourages young activists to continue the legacy of great women in SA

We live in a world where facts and fiction get blurred
In times of uncertainty you need journalism you can trust. For only R75 per month, you have access to a world of in-depth analyses, investigative journalism, top opinions and a range of features. Journalism strengthens democracy. Invest in the future today.
Subscribe to News24
Related Links
Duchess Meghan makes surprise stop in Johannesburg to support local artists and designers
From Cape Town to Botswana, Angola and Malawi – The Duke and Duchess of Sussex had an inspiring...
‘Hello, it’s South Africa calling’ – Prince Harry received a special call from Duchess Meghan...
Next on Channel24
James Middleton sells his failed marshmallow business Boomf for R6,8 million