Cape Town — Meghan has been spotted at several swanky venues in New York City, cradling her baby bump as she visited friends and attended what is rumoured to be a baby shower.

The 37-year-old travelled from London to New York over the weekend.

She was first photographed trying to keep a low profile alongside a royal protection officer while out in the Big Apple on Monday night.

The Duchess of Sussex was then photographed leaving her hotel, surrounded by a security team, in Manhattan's Upper East Side for lunch at Café Boulud.

A source confirmed to E! News, Megan and her friend, Abigail Spencer "went to have lunch at the Flora Cafe but there were so many people looking through the window that she sat down spoke to someone at the restaurant and got up and left."

The source added: "They went to Boulud which is nearby and were there until about 15:05. Abigail walked out holding on to her as if to help steady her friend."

Meghan wore sunglasses, a black William Vintage trapeze coat and neutral high heels with a matching bag for her day out. 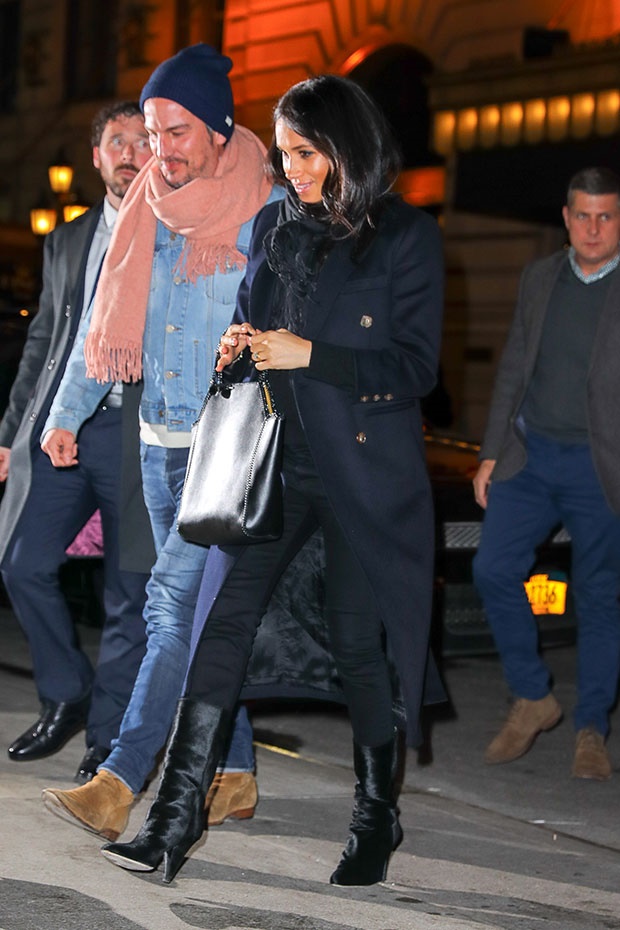 We live in a world where facts and fiction get blurred
In times of uncertainty you need journalism you can trust. For only R75 per month, you have access to a world of in-depth analyses, investigative journalism, top opinions and a range of features. Journalism strengthens democracy. Invest in the future today.
Subscribe to News24
Related Links
Duchess Meghan is making a return to the small screen – and we can’t wait!
Royal undercover: Meghan secretly travels to New York for private baby shower
Prince Harry and Meghan eyeing American school for royal baby Sussex - reports
Next on Channel24
Queen Elizabeth’s Christmas bubble: Here’s how the royals will spend the holidays amid the pandemic