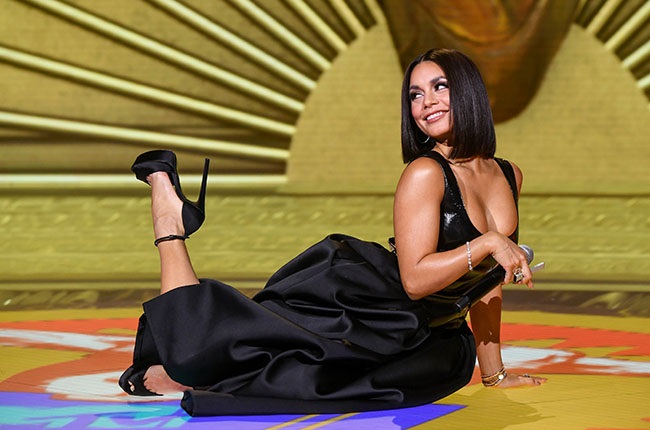 In keeping with the times, the MTV Movie and TV Awards did something different this year. They honoured the Greatest of All Time (GOAT) in the film and TV industry from the 1980s until now.

The highlight of the evening was a heart-warming tribute to Chadwick Boseman who died in August after a four-year private battle with cancer. His Avengers co-stars Don Cheadle and Robert Downey Jr. paid tribute to him as he was named GOAT: Hero for the Ages.

.@RobertDowneyJr and @DonCheadle paid tribute to the late Chadwick Boseman ahead of his Hero for the Ages honor at the #MTVAwards: Greatest of All Time. ?? pic.twitter.com/EmE5FcPXUM

One of the most talked-about moments of the show was Sarah Michelle Gellar and Selma Blair's recreation of their 1999 Cruel Intentions kiss for which they were honoured with GOAT: Legendary Lip Lock.

The pair accepted the award via video message, just when they were about to lock lips, they were interrupted by a glass wall.

20 years after winning Best Kiss at the 2000 #MTVAwards….??#MTVAwards: Greatest of All Time honored @SarahMGellar and @SelmaBlair with the Legendary Lip Lock award for their famous kiss in ‘Cruel Intentions’ ?? pic.twitter.com/OBPf49oAnn

GOAT: Dance Your A** Off

GOAT: Hero for the Ages

We live in a world where facts and fiction get blurred
In times of uncertainty you need journalism you can trust. For only R75 per month, you have access to a world of in-depth analyses, investigative journalism, top opinions and a range of features. Journalism strengthens democracy. Invest in the future today.
Subscribe to News24
Related Links
Top 10 best horror movies of 2020
Warner Bros to stream 2021 film releases as virus cripples cinemas
Sundance festival unveils screenings across US and online due to coronavirus
Next on Channel24
Top 10 The Rock movies