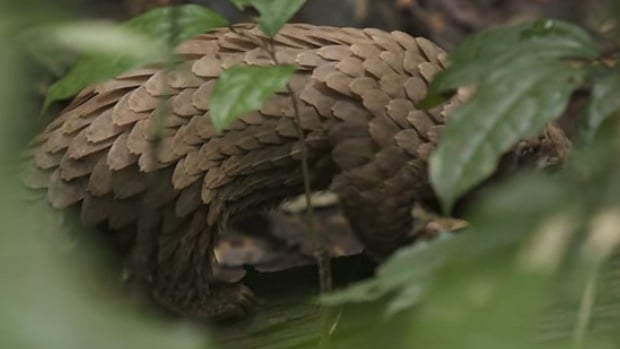 Eye of the Pangolin. (Screengrab: Pangolin.Africa)

Cape Town - Eye of the Pangolin, a ground-breaking new documentary is due to be released globally on 18 May and will be available for streaming online.

Award-winning South African filmmakers Bruce Young (Blood Lions) and Johan Vermeulen (Kalahari Tails) are on a mission to capture the four species of African pangolin on film to raise awareness of these shy, beguiling creatures and put a stop to the horrific poaching and illegal trade that is driving them to extinction.

We asked Young & Vermeulen a few questions about the shoot.

How did the Eye of the Pangolin project come about?

Young: Johan approached me in 2017 with his dream to make a film about pangolins. Like most people, I knew very little about these odd little creatures and I certainly didn’t know they were the most trafficked mammal on the planet – even more so than rhinos. Johan knew Professor Ray Jansen, director of the African Pangolin Working Group who would get us into the pangolin world. Initial support from Biggestleaf, a Cape Town travel and online marketing company helped us get to Ghana for our first shoot. With that footage we put together our first promo that showed people what was possible with our film. The next key moment was forming a partnership with Pangolin.Africa, a new non-profit organization dedicated to pangolin conservation. They helped us reach our funders without whom we would not have been able to make this film.

How long did you shoot for and where did you film?

Young: We began work in mid-2017 and our first shoot took place in Ghana in September of that year. We finished our last shoot in Gabon in February 2019.

Vermeulen: To find all four African species, we had to travel far and wide. We covered a few locations in South Africa to follow the story of the Temmincks Ground Pangolin and we also travelled to Ghana in search of the White-bellied Pangolin, the Central African Republic to find the Black-bellied Pangolin, and our last trip was to Gabon to try and capture on film the Giant Ground Pangolin – the most elusive of all of them.

What was your key objective in making this film?

Young & Vermeulen: To raise awareness of the four African pangolin species. If people know about them and how special they are, they might begin to care enough to help conserve them. and put an end to the illegal trade in their scales and meat.  To do this we needed to tell their story – people remember stories far more than facts and figures. Pangolins are notoriously shy and elusive little animals and so it was an enormous challenge to get them on film.

What was the hardest part of the shoot?

Vermeulen: The logistics of getting to some of the more remote areas to film the four pangolin species was not easy. And that was just the beginning! There was never any guarantee once we arrived that we’d be able to find them. Three of the species are mostly nocturnal and two of them live mostly in the tree tops of some of the most dense forests on the continent of Africa. And when I say ‘dense’ I mean machete-hacking, claustrophobia-inducing dense!  The search for the Giant Ground Pangolin in Gabon was the most difficult – we walked for hours at night and once or twice bumped into forest elephants in the pitch black darknes, which certainly got the adrenaline flowing!

Young: It was also a film that was shot on a very tight budget, so time on location meant we were always under pressure to get the footage we needed in order to be able to tell the story we were after.

What was the best part of the shoot?

Young & Vermeulen: Best part of the shoot was being able to get close to and meet these remarkable animals. They are unquestionably some of the charismatic creatures in the wild today. Then it was a real privilege to spend time with the people on the ground who are working so tirelessly to help save them – the researchers, vets and veterinary nurses, pangolin monitors and people actively involved in campaigns to rescue them from the illegal wildlife trade and return them to the wild. Very special people – every single one.

Young: There were many times when it was hard to witness the treatment of such sweet, harmless animals by people who only see them as a commodity – something to be consumed or made money from. But the hardest moment for me personally was hearing that a pangolin who we’d spent a day or two with during it’s rehabilitation and then been able to film during his release had frozen to death within two days of returning to the wild. There was so much hope in the release and so when it was dashed, I was made very aware of how precarious the situation around their future really is.

Vermeulen: The toughest thing to film was the bush-meat trade in Ghana. On our very first day we had already encountered pangolins cooking on fires along the road. It was very difficult to see a beautiful creature like the White-bellied Pangolin, one that we are so close to losing forever, in circumstances like that. It was also very heartbreaking to see footage supplied to us of how badly poachers treat live captured pangolins.

Young: One day we watched a little black-bellied tree pangolin climbing freely high above our heads as he moved from tree to tree. It was exhilarating to see a healthy, strong little animal in his natural environment. Suddenly the vine which he was climbing snapped and he dropped straight down for a couple of meters before being rescued by some branches. I know it was total projection, but the pangolin definitely looked to me as if it was slightly embarrassed at having been caught out in a little blunder like that.

Vermeulen: One funny moment that I won’t forget was Bruce talking to an Afrikaans person and creating his own Afrikaans name for a pangolin!

What do you want people to take away from this film?

Young & Vermeulen: If people who watch our film become as enchanted by these little creatures as we have been, maybe they will begin to look around them at other creatures in the wild and reassess their relationship with that part of our world that is so incredibly threatened. If they ask themselves what they might lose if we lose the pangolin, then we will have begun to achieve our goal with this film. If they begin to question what it will mean to live in a world with fewer and fewer wild places for wild creatures, then they will have begun to see with their hearts.

How and where will people be able to view the film?

Young: Eye of the Pangolin will be made freely available as an open source film, accessible for viewing around the world via numerous online platforms. The film will also be taken to wildlife and conservation film festivals and driven through education, conservation and tourism networks so that screenings reach people in key areas where awareness of this animal’s plight is critical.

Related Links
PICS: New film adaptation of 'Fiela se Kind' releases first images and poster
WATCH: Renée Zellweger is Judy Garland in trailer for new biopic
2 comedies and a thriller open at local cinemas this weekend
Share
Next on Channel24
We chat to Charlize Theron's army of immortals about love and living forever in The Old Guard