Charlize Theron looks every bit the warrior in the first look images of her upcoming movie.

In the Netflix film, The Old Guard, the Oscar winner plays Andy, the head of a covert group of tight-knit mercenaries with a mysterious inability to die, who have fought to protect the mortal world for centuries.

When the team is recruited to take on an emergency mission, and their extraordinary abilities are suddenly exposed, it's up to Andy and Nile (Kiki Layne), the newest soldier to join their ranks, to help the group eliminate the threat of those who seek to replicate and monetise their power by any means necessary.

The film is based on the graphic novel by Greg Rucka and is directed by Gina Prince-Bythewood (Love & Basketball).

On Thursday the streaming service released three images of the action film that will premiere on 10 July. 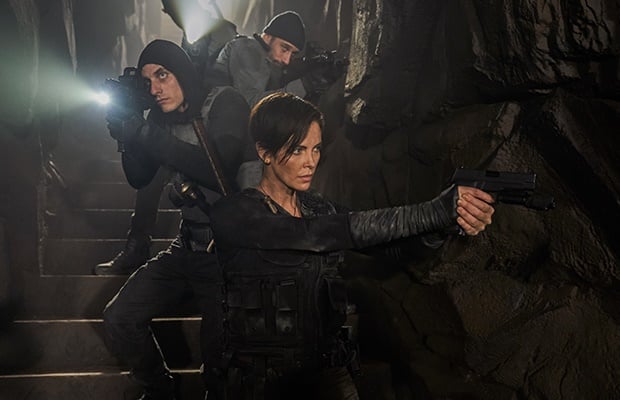 In an interview with Vanity Fair, Charlize spoke about the ancient character she is playing, saying: "It was important to feel the weight of thousands and thousands of years on her.

"The worst part for her is just feeling like she's not doing anything. So, what is the point, you know? She's lost faith, not just in herself but in humanity. I think a lot of people can relate to that at this moment in time. We go through periods in life where we just look at the world and go, Oh, my God… You just feel like you're pushing a rock up a mountain."

We live in a world where facts and fiction get blurred
In times of uncertainty you need journalism you can trust. For only R75 per month, you have access to a world of in-depth analyses, investigative journalism, top opinions and a range of features. Journalism strengthens democracy. Invest in the future today.
Subscribe to News24
Related Links
A sequel to Chris Hemsworth's action film 'Extraction' is in the works
10 glaring movie mistakes you won't believe you missed
'Spy Kids' cast: Where are they now?
Next on Channel24
Not even two Drew Barrymores make this film watchable