Is that Kristen Stewart or Princess Diana?

You'll have to look twice at the first look image of the 30-year-old in the upcoming royal drama, Spencer.

The studio released the photo to announce that filming for the movie has kicked off. Filming will take place in Germany and the UK with an autumn 2021 release expected ahead of the 25th anniversary of Diana's death.

Kristen is wearing a red coat and a black hat with a netted veil in the picture and replicates a pose and facial expression Diana was known for. 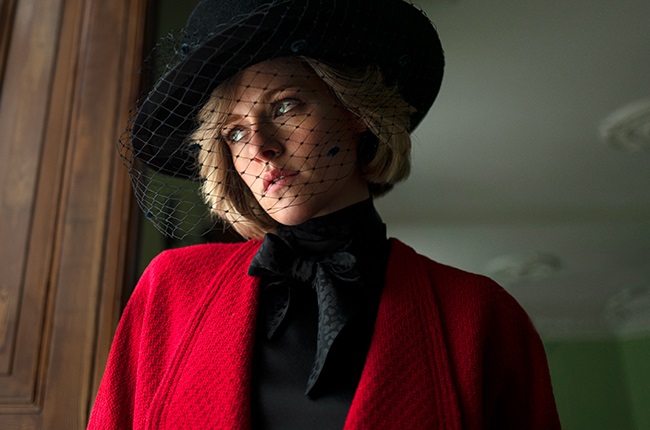 The film written by Steven Knight (Peaky Blinders) and directed by Pablo Larraín (Jackie) is set in the early 1990s and centres on three days during the Christmas holidays when Diana decides to end her marriage with Prince Charles.

About the movie the Charlie's Angels actor said in a statement: "Spencer is a dive inside an emotional imagining of who Diana was at a pivotal turning point in her life.

"It is a physical assertion of the sum of her parts, which starts with her given name, Spencer. It is a harrowing effort for her to return to herself, as Diana strives to hold onto what the name Spencer means to her."

We live in a world where facts and fiction get blurred
In times of uncertainty you need journalism you can trust. For only R75 per month, you have access to a world of in-depth analyses, investigative journalism, top opinions and a range of features. Journalism strengthens democracy. Invest in the future today.
Subscribe to News24
Related Links
New Princess Diana movie looking for a non-British actor to play young Prince William
Kristen Stewart opens up about playing Princess Diana in new movie
Kristen Stewart to play Princess Diana in upcoming drama
Next on Channel24
This chick flick has the most predictable storyline, but you may end up enjoying it