New York — The 25th James Bond movie and Daniel Craig's last one as 007 is heading home to Jamaica.

Craig, Bond producers and director Cary Fukunaga on Thursday launched the film from the Caribbean island nation where Ian Fleming wrote all of his Bond novels. The still untitled film will be partly set in Jamaica, also a setting in Dr. No and Live and Let Die.

Rami Malek is joining the cast as the villain. The recent Oscar-winner said in a videotaped message that he'll make sure Bond "will not have an easy ride of it" in Bond 25.

A word about #BOND25 from Rami Malek pic.twitter.com/CLJ5mpO9mu

Bond has left active service and is enjoying a tranquil life in Jamaica. His peace is short-lived when his old friend Felix Leiter from the CIA turns up asking for help. The mission to rescue a kidnapped scientist turns out to be far more treacherous than expected, leading Bond onto the trail of a mysterious villain armed with dangerous new technology. 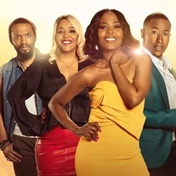