Sometimes, villains in horror movies are pretty straightforward - evil incarnate - with their only goal to destroy the lives of the protagonists and scare the audience half to death.

But in 8, South Africa's first horror to make it onto streaming giant Netflix, the antagonist is a little more complicated. Lazarus is a man driven by grief and the manipulations of a demon, but somewhere deep down there's still a shred of humanity clinging on.

This dynamic character is played by Tshamano Sebe, best known for his Safta-winning role on the comedy series Stokvel and his performances on the stage. When he heard that Netflix had picked up the film, he was beyond excited to show the world what he can do. 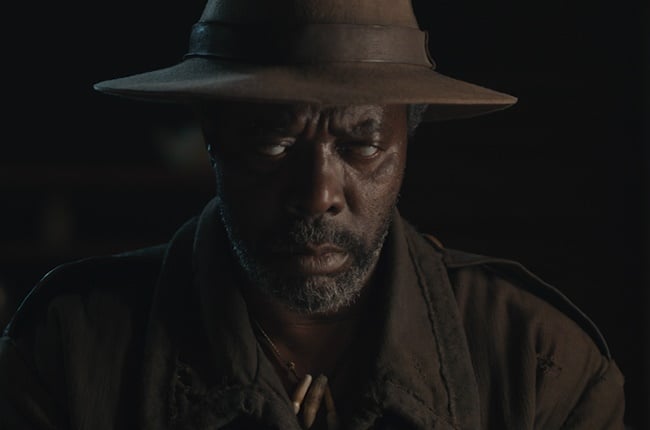 This is his first time working in horror, but there's one reason he was well-suited to the role.

Just like Lazarus, Sebe knows a thing or two about the spiritual world.

"I was able to know what that character [Lazarus] needs because I was trained as a sangoma. I knew what the sangomas are up to.

"This was another form of telling my story of being a sangoma. I'm not one anymore, but I had a lot of experiences living that life, and that's why I played the role like that," says Sebe.

Throughout the film, there are specific rhythmic beats Lazarus uses when collecting souls that send shivers down your spine. This is just one of the ways in which Sebe incorporated some of the traditions into the story.

"There are sounds you can only find in the spiritual world of a sangoma; it was those type of sounds. I knew them, I could identify them, I used them in the movie, and I knew where to place them, so that it becomes very effective in the telling of the story."

Africa's traditions, folklore, and mythologies are not common subjects in the mainstream film industry. Sebe notes that, while South Africans and Africans know these stories well, there's a certain level of fear writing about them for the big screen.

"It's scary to write about those issues, which is why I think people aren't writing those stories - they are scary issues, and they are critical issues.

"You should know what you are writing about with respect and understanding because Africa can eat you alive. It won't be easy - I don't even know what people are going to say when they watch this movie and how they are going to respond, but I'm definitely sure they will like it."

While navigating such a complex role, Sebe also had another challenge to contend with - his very young co-star, newcomer Keita Luna.

She plays Mary, the orphaned niece of the couple moving into a derelict farmhouse and who befriends the tortured Lazarus.

While working with children in a film isn't easy, Sebe said the most important thing was to make sure that she was at ease. Luckily for him, he could draw on the experience of raising three daughters.

"I was always very careful to get her to come close to me, so that we can act a scene together. She's very young and different from the older actors - they know what to do - but, with her, it was all natural.

"Even the director [Harold Hölscher] was scared of how we were going to do this one, but I had to assure the director that the best way was to make her very comfortable - once she's got the comfort, she can play the role." 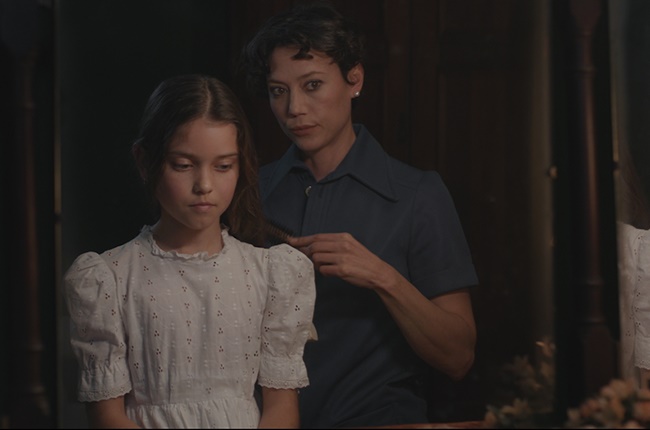 Keita Luna as Mary and Inge Beckmann as Sarah in 8.
Photo: Netflix

He also jokingly added that she always looked very serious and sometimes he wasn't too sure whether he said anything that offended her.

"She's very intelligent, and she's got a very good memory, more than us adult actors. She knows her scripts very well from beginning to end, and she even knew the text I was to play, and she could remind me when I was playing that."

In general, however, it was a breeze working with Hölscher in the four weeks of production.

"It was very easy, comfortable, especially because we had a director who understands, is very calm and who lets you do what you must do, what you want to do, and if he feels like you are a little bit lost, he comes in and explains what you should do."

Sebe's favourite scenes, unfortunately, didn't make the final cut due to time constraints, including one where he had a one-on-one moment communicating with a medium. But of the scenes that did make the cut, he loved the ones with more dramatic overtones.

"The scene where I was talking with the demon that keeps telling me what to do, it was really nice because it was dramatically beautiful. There was no shouting or overboard acting, it was more subtle drama, but very effective. I could feel the tension in that scene."

While we have seen a recent spike this year in South African horror movies hitting the streaming world - from Rage to Parable - this is one of the first ones to really incorporate African beliefs and folklore into the genre.

Hopefully, we will see more of it in the future.

We live in a world where facts and fiction get blurred
In times of uncertainty you need journalism you can trust. For only R75 per month, you have access to a world of in-depth analyses, investigative journalism, top opinions and a range of features. Journalism strengthens democracy. Invest in the future today.
Subscribe to News24
Related Links
South African horror movie '8' coming to Netflix
Horror, an escape from our current reality - a lockdown chat with SA star Jane de Wet
WATCH: South African movie 'Cabin Fever' filmed during lockdown
Next on Channel24
Vin Diesel hints that Paul Walker's daughter could be joining Fast & Furious family