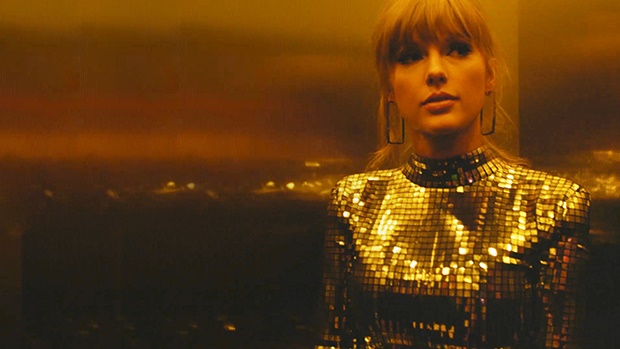 Miss Americana is a raw and emotionally revealing look at Taylor Swift, one of the most iconic artists of our time, during a transformational period in her life. The film tells the story of Swift navigating the difference between who the world wants her to be, and who she wants to be.

She’s gone from teen country sensation to international pop star in the public eye and now Taylor Swift has arrived where she is most comfortable.

"I want to love glitter and also stand up for the double standards that exist in our society. I want to wear pink and tell you how I feel about politics and I don’t think those things have to cancel each other out," Taylor says in a snippet from the set of the music video You Need To Calm Down which is shown towards the end of the 85-minute long documentary Taylor Swift: Miss Americana.

The 30-year-old’s life story is being told in the Netflix film by an all-women crew under the helm of American director, Lana Wilson. "I’ve usually worked with an all-female crew…I think it allows for this extra level of intimacy and comfort," Wilson told Rolling Stone in an interview published after the documentary’s premiere at the 2020 Sundance Festival.

The film starts out with a bright-eyed bushy-tailed young Taylor that epitomises the "good girl" image that females have been forced to adapt in a patriarchal society that demands women to play by rules made up for them.

At first Taylor, who lives for the approval of others, refuses to set a foot wrong in the fear that she might ruin everything she’s work so hard for. Then the 2009 MTV VMAs incident with Kanye West takes place and Taylor for the first time must face the fact that not everyone might be madly in love with her blonde hair, blue-eyed good girl image - one that she worked so hard to keep pristine.

Then follows a chain of events that would set Taylor on a new path of self-discovery, sometimes leading her down dark alleys like her struggle with an eating disorder and her disappearance from the public eye for a full year. "I thought that’s what they wanted," Taylor says of the self-imposed hiatus she took.

During this time the songstress finds love (which she prefers to keep out of the public eye) and starts her journey back into the spotlight where she was once the target of the #TaylorSwiftIsOverParty worldwide trending hashtag. But it’s Taylor’s court case in which she takes on a radio DJ that groped her during a press event that really changes her trajectory and catapults her into the empowered woman she is today.

No longer a mousey girl that feels like she must do what society demands of her, Taylor becomes a grounded and mature artist that is unapologetically being herself. She starts opening up, for the first time ever, about her political, religious, and personal beliefs and uses her mammoth platform to give a voice to those who find themselves silenced by government and conservative lawmaking. A move that has Donald Trump saying, "I like her music 25% less" and Taylor saying, "I don’t give a fuck".

Hate or love Taylor Swift you have to respect her immense talent, her internal growth, and her deeply personal journey of self-discovery. Very few would be able to go through the very public spewing of hatred aimed at them and then come out on the other side smiling and stronger than ever before.

For Swifties the film is a feast packed with never-before-seen footage and truly unprecedented access into her most inner-circle. For non-fans or new fans it’s a beautiful story of a woman that’s done taking shit from men in suits.

You get my vote girl! Now let’s run!