Cape Town – Demi Lovato is finally returning to the stage after her near-fatal overdose in 2018. The former Disney star's comeback performance will take place at The Grammys 2020.

Along with Demi, Billie Eilish – who will also sing the new Bond theme – Aerosmith and Lizzo, amongst others, will all hit the stage. Alicia Keys will be hosting the event which will take place in Los Angeles on Sunday, 26 January.

South Africa's hopes of winning at "music's biggest night" are riding with comedian, Trevor Noah who is up for Best Comedy Album for the audio recording of his live Netflix stand-up special titled Trevor Noah: Son of Patricia at the award show.

The biggest snub, in terms of nominations, was once a perennial favourite, Taylor Swift who is up for just three awards, and only one in a major category, with her seventh album Lover missing out on a potential Album of the Year award. 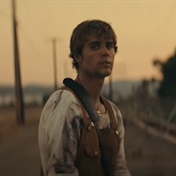