His son, Jesse wrote a heartfelt tribute to his father, saying, in part: "I will miss you deeply, and I struggle to imagine a world without you. But I am comforted to know that your wisdom and compassion lives on in all of us."Hamba kahle, Dad. Be at peace. You have done so much, and we honour you. Love you always."

According to a statement released shortly after the singer's death, there will also be a public memorial, the details of which haven't been announced yet.

READ NEXT: Mango Groove's Claire Johnston: 'There's a hole in the world now that Johnny is gone'.

Related Links
Mango Groove's Claire Johnston: 'There's a hole in the world now that Johnny is gone'
Patricia Lewis recalls the day Johnny Clegg saved her from an embarrassing fall when her...
Kurt Darren remembers Johnny Clegg: 'He had a way of speaking to you as if he saw you yesterday,...
Share
Next on Channel24
Taylor Swift surpassed Whitney Houston to set this record 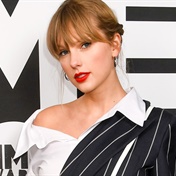