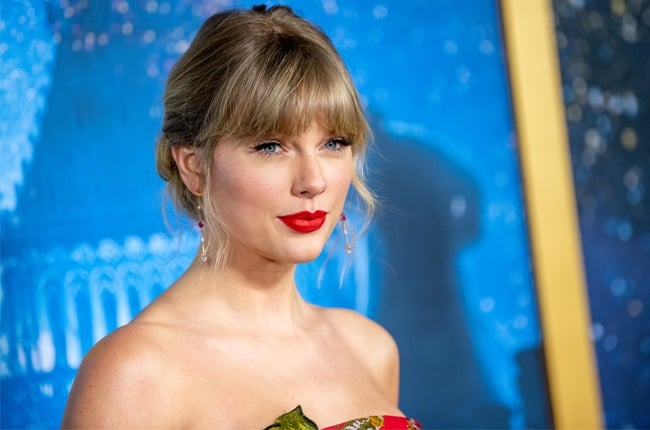 Big Machine Label Group has reportedly sold the masters to Taylor Swift's first six albums for an estimated $300 million (R4.6 billion), according to Variety. In fact, the publication reports that the figure could be way higher than that.

Taylor was signed to Big Machine up until 2018, eventually leaving the label for Universal Music Group/Republic.

In 2019, Scooter Braun's Ithaca Holdings LLC acquired Big Machine, along with Taylor's masters which the company owned as part of contractual agreements.

Since her move away from Big Machine, Taylor has tried to regain ownership of her masters, resulting in a public battle with Scooter.

Read more on that here: Unpacking the Taylor Swift and Scooter Braun drama

Regarding the sale of her masters, Taylor "cleared things up" in a tweet shared on Tuesday.

"A few weeks ago my team received a letter from a private equity company called Shamrock Holdings, letting us know that they had bought 100% of my music, videos, and album art from Scooter Braun," she wrote.

"This was the second time my music had been sold without my knowledge. The letter told me that they wanted to reach out before the sale to let me know, but that Scooter Braun had required that they make no contact with me or my team, or the deal would be off."

Taylor went on to say that she considered partnering with Shamrock, but that changed once she learned that Scooter would still be profiting from her old musical catalogue under the new deal. "Scooter Braun's participation is a non-start for me," she wrote.

Been getting a lot of questions about the recent sale of my old masters. I hope this clears things up. pic.twitter.com/sscKXp2ibD

In her note, the singer also mentioned that she had tried to enter into negotiations with Scooter, but was asked to sign an "ironclad NDA stating I could never say another word about Scooter Braun unless it was positive, before we could even look at the financial record of BMLG [Big Machine Label Group]."

The star added that her legal team said the document was "absolutely NOT normal, and they've never seen an NDA like this unless it was to silence an assault accuser by paying them off."

"He would never even quote my team a price," she added. "These master recordings were not for sale to me."

From November 2020, Taylor is officially able to re-record music from her first five albums, and the singer is excited to do so. "I have recently begun re-recording some of my older music and it has already proven to be both exciting and creatively fulfilling."

Re-recording some of her tracks means that Taylor will own the music and be able to profit off any revenue it may bring in from streaming services, videos, or use in advertisements, films, and so on.

We live in a world where facts and fiction get blurred
In times of uncertainty you need journalism you can trust. For only R75 per month, you have access to a world of in-depth analyses, investigative journalism, top opinions and a range of features. Journalism strengthens democracy. Invest in the future today.
Subscribe to News24
Related Links
Taylor Swift surpassed Whitney Houston to set this record
This Taylor Swift album has spent over 5 years on the Billboard chart
Taylor Swift reveals all the Easter eggs you may have missed in her cardigan video
Next on Channel24
Adele tops UK charts with comeback single