EXCLUSIVE: The 1975's Matthew Healy on coming to South Africa for Rocking the Daisies: 'I'm excited to see one of the most beautiful places in the world'

Cape Town -  Rocking the Daisies announced on Wednesday, that British rock band The 1975 are going to be headlining the festival this year.

The 14th edition of the South African music and lifestyle experience will be taking place from 4 to 6 October at Cloof Wine Estate, Darling.

The world-famous band is currently touring in Mexico and Channel24 gave them a call about this historic announcement and so much more.

Channel24 connected with lead singer Matthew 'Matty' Healy and spoke to him about coming to South Africa, making music, personal growth and critical reception among other things.

CHECK OUT OUR INTERVIEW WITH MATTHEW 'MATTY' HEALY HERE: During a Skype call made from a hotel room in London, the talented Brit – who finds himself in Mexico on tour - said about coming to South Africa: "There are members of our crew who have been to South Africa before, but it will be my first time. Along with the rest of the band."

Looking forward to the live element Matty said: "In terms of culture, South Africa is one of the biggest places that we haven't been to so, it's going to be crazy, especially for people seeing us for the first time." Elaborating on his plans for when he gets to Mzansi the singer said: "I want to get as touristy as possible in South Africa. You don't get a lot of opportunities to see one of the most beautiful places in the world."

Looking forward to the band's set at the local music festival, Matty said: "If you're a big 1975 fan, I want it to be an all-encompassing experience of the band. That's something that is hard to do at festivals because you're limited with time but it's what I want to do." Are the entertainers limited by the logistics of bringing an entire stage show across the world? Matty says: "Yes and no. I believe that design should be functional. You see all of these amazing looking shows but then they can't tour them, or it takes 19 hours to put it all up. And then you have to take it all down. That's not really good design to me." Adding about their own set-up: "For our own show, it was really important that it was scalable. So, all of the visual ideas that we had…we can at least do a version of them and still deliver the same idea. Which you can't do if your primary creative statement is floating on a stage in the middle of an arena." About putting on a show no matter what: "Even if we can't do that, it's also about that we started off as a small emo band who would put on a show no matter what. The most important thing is that people feel personally addressed." About travelling the world and playing at large events and festivals like RTD, Matty said: "My mind is still blown that we can travel the world as a band and play these big festivals. The cool thing is now, to some people, even though we're a young band, we're a legacy artist because of that first album."

The singer added context by giving an example, saying: "If you're 21 now and you've been a fan of The 1975 since the start, that first album came out when you were 15! That's a huge deal." The 29-year-old added: "Some people are going to come to this show and see sort of a wealth of music that we have which is one of my favourite things. I think a lot of bands look back on their early stuff in a sort of 'arsey' way. It seems to me that they don't appreciate what it's like to be a fan as much as we do." 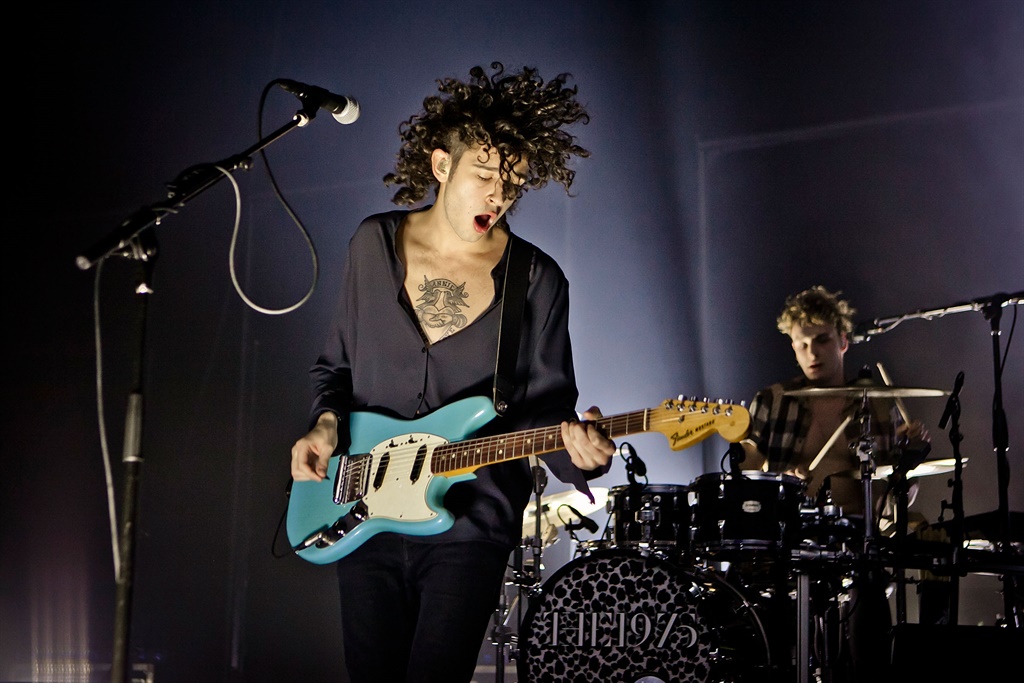 On seeing hitting the stage, a different way, the singer said: "We see our whole history from the perspective of the fans, that is what makes the live show, cool. Because we're working in all of these fan favourites which maybe doesn't showcase us at most proficient but that they love. It's all about the fans."

If you're clamouring to know if you'll hear any of The 1975's forthcoming album, Notes on a Conditional Form, which is due for release later this year as well as whether or not you'll hear any of the unreleased work on stage at Rocking the Daisies 2019, you'll have to patient. Matty candidly admitted: "I would love to tell you all of that but unfortunately I don't even know. I have had to embrace this creatively unstructured time. Even with A Brief Inquiry into Online Relationships, I was releasing singles before the album was actually done. And the same thing is happening with Notes on a Conditional Form." He added honestly: "I look at some of the stuff I was saying about the first album (in this set of two) and it was complete rubbish. With this one I have my playlist of what I think will be on it (the new album) but most of them (songs) won't actually be on it."

About being in that kind of a flux situation, the lead singer said: "The lyrics have always come late, so the narrative structure has also always come late. So, I suppose I learnt how to let that happen. And I've had to wrap my head around the fact that with the right amount of work and setting up these things will fall into place." He mused: "So promoting records that aren't finished yet is a kind of new process for me."

Being in a new place within himself and the music, Matty added: "We're definitely exploring a new side of ourselves musically and just in terms of making music as well. I think in the modern era it's not so common not to go with the usual album and tour cycle or model, but I think that level of irreverence keeps us modern artists."

Missing home or needing something no matter where he goes in the world is not something this rock star can relate to because he describes himself as: "Not that ceremonial of a person." He elaborated: "I think those types of things are most important in bands where you don't have a clear family structure, which we do." He compared his journey to those on the charts on the right now, saying: "If you're 18 and you're a solo artist and you have these friends you made once you were famous, it's very different. You crave home." He added contrast by saying: "We've been a band since we were 13. My dressing room is my four best friends of 17 years. My two session musicians are even older friends than that, the first was my next-door neighbour when I was born and the second almost as long as that. I've known my lighting guy for 17 years, we went to high school together. I went to high school with half of my crew. So, I think the need for those sorts of ceremonial things is taken away because it's the same as it always was." Looking back across his career and more specifically the release of the band's debut album in 2013 Matty said that he wouldn't change anything because: "Philosophically, that’s not really who I am." He added, more firmly: "I would not want to take away the naivety of my first records now, but I also wouldn't want to replicate them. Everything is what it is."

TICKET INFORMATION FOR ROCKING THE DAISIES 2019:

Tickets to see The 1975 live in South Africa will go on sale on 26 March and will be available from the festival's website.

We live in a world where facts and fiction get blurred
In times of uncertainty you need journalism you can trust. For only R75 per month, you have access to a world of in-depth analyses, investigative journalism, top opinions and a range of features. Journalism strengthens democracy. Invest in the future today.
Subscribe to News24
Related Links
Post Malone loves Nando's so much he ordered 500 chicken wings before his shows in London
Jeremy Loops is launching a new music festival with Matthew Mole and more headlining
WATCH: Singer Thabsie on making it in the SA music industry
Next on Channel24
Little Mix is taking a break after 10 years together