From humble beginnings, he taught himself how to play the drums and by the young age of seventeen had already achieved acclaim in a competitive field.

As the world now knows he would eventually go on to perform with some of the greats of music including the inimitable Fela Kuti, who later credited Tony with founding the Afrobeat movement.

The Nigerian drummer, composer and songwriter currently lives and works in Paris, France and his career and life story has been documented in his 2013 autobiography Tony Allen: Master Drummer of Afrobeat.

Now, at the beginning of 2020, Tony Allen announced a new record, titled Rejoice, which he recorded with legendary South African trumpeter Hugh Masekela.

The first single off of the collaborative record is titled, We've Landed.

Tony's most recent solo album, The Source, was released in 2017 and this forthcoming project is the first posthumous release from Hugh, who died in early 2018. As I connect to Tony in Paris, via representatives from BMG, there's a knowing pause almost as if he has braced himself for my first question and is ready to answer in mature and weathered voice.

As might have guessed, I ask him how Rejoice came about, he immediately answers: "The collaboration came about after the first time I met Hugh. The first time we met was in Lagos, Nigeria, in 1984, I think it was. That was while I was working with Fela. Then we said we try and do something together when and if we could."

He goes on, slightly slower: "But then everyone went their own way, and it never happened. Then in 2007, we got together. I was recording my second album with (producer) Nick (Gold). I wanted it to be a collaborative album. So, we got it together, we had nothing written, we just went into the studio in London."

Looking back at that particular time in the studio, Tony said: "It's funny you know; it feels so long ago now but still so fresh. Music happens as it happens, sometimes you can get caught up in the moment playing the drums. I would never give Hugh advice about his work. But it was a collaboration. It was two ideas; putting them together. "

He added: "There was no negativity, it was driven by jazz. It was all to make the best music possible. That was it, that was the driving force."

Tony's voice then got a little bit thicker as I asked if what the experience of going back into the studio without his friend was like: "Yes, it was bittersweet, I don't know, what else to say about it." When I asked Tony how he feels Nigerian music has grown since he started in the industry to now, he said he thought that divisions based on geographical boundaries aren't necessary for the arts. He said: "When it comes to music I don't think of Nigerian music and American music or British music, I think of music. When you talk about Nigerian music, I don't know specifically know what that is. It is just music."

He elaborated: "I do know what you mean if you say local music when people sing in their own language, but it is a border conversation about music in general."

He then spoke in a more extensive way: "A lot of people are doing the same thing, but there are some who trying something new. Most of the time, I want to focus on my own art. Otherwise, it is easy to get stuck, and I don't want to get stuck."

He then refocused the conversation on his own personal journey, saying: "I want to push myself to keep doing more and to keep going forward. There is no end to this (path) that I'm on, I will keep going for as long as I can. Music has no end; it is there for everyone to explore."

He added: "There are even more avenues that I would like to explore, but this desire is still in me. To do more and to see more…And I'm learning, more and more by doing this." He said, with an air of finality, perhaps ready to move on: "I don't like to look back, only forward."

Tony was more apprehensive about accepting the title of founder of the Afrobeat movement, bestowed on him by his long-time collaborator.

In a famous quote by Fela Kuti, he said: "Without Tony Allen, there would be no Afrobeat."

The 79-year-old said pensively: "I've heard that he did say that, but I have to say that it can't just be one person. It's all the people together. I love collaboration as well; it takes two to do this. The beat is number one, just the beat. It's just a question of creativity and hoping that the music will outlive us all. It doesn't stop with death." 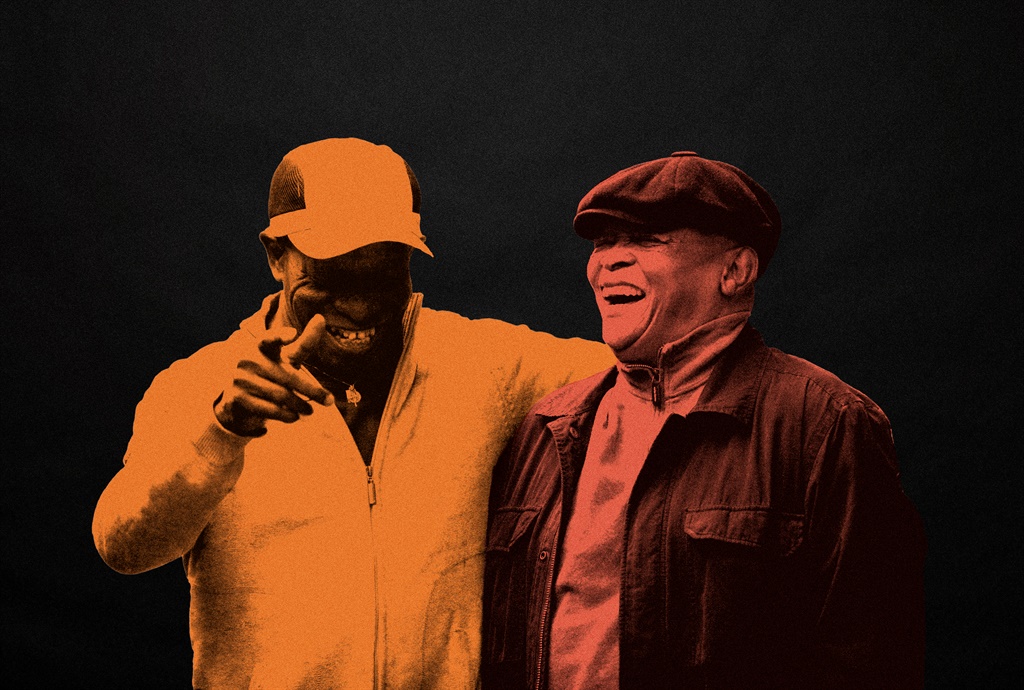 Tony Allen and Hugh Masekela were friends for many years. (Photos: Gavin Rodgers/Supplied/BMG)
Related Links
Google honours Hugh Masekela on what would have been his 80th birthday
Oliver Mtukudzi dies on exact same date as long-time friend Hugh Masekela - one year apart
Remembering Hugh Masekela
Share
Next on Channel24
2020 Sama awards split into 5 episodes as the show goes virtual