What can he say except...thank you! Dwayne Johnson's catchy tune from Moana is now 4x platinum 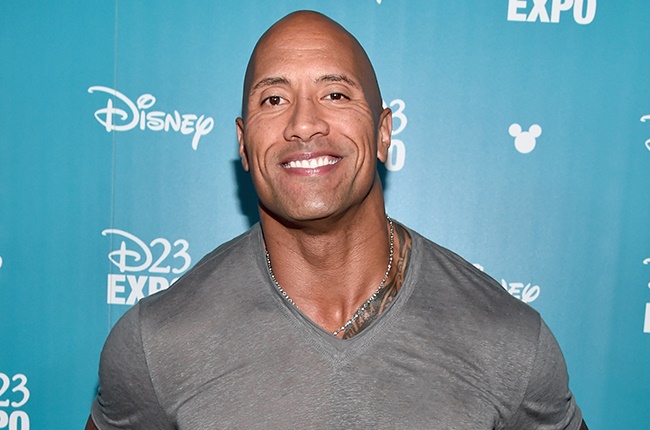 "What can I say except, you're welcome?" Admit it, you sang those words.

Honestly, we can't blame you. The lyrics, of course, come from Dwayne Johnson's masterpiece, You're Welcome, from the Disney movie, Moana.

In fact, the song is so popular that it was just certified four times platinum by the Recording Industry Association of America (RIAA), according to People.

"I usually have a cool and calm demeanor when I hear good news, but admittedly when I heard this I said, "HOLY SHIT MY SONG WENT QUADRUPLE F*CKING PLATINUM?? (sic)" he captioned the post.

The actor thanked his fans around the world for contributing to the success of the song, and also praised Lin-Manuel Miranda for writing the catchy tune.

Of course, Dwayne could not leave his daughter, Tiana, off the list.

The star shared a clip of him singing You're Welcome to the 2-year-old who we know is a big fan of Maui (Dwayne's character in the film).

"A huge daddy thank you to the real reason this song is 4Xs Platinum and growing - my 2 year old boss, Baby Tia who LOVES hearing me sing this song to her, but has no idea I'm actually, Maui - which kinda makes this whole thing that much more awesome (sic)," he wrote.

We live in a world where facts and fiction get blurred
In times of uncertainty you need journalism you can trust. For only R75 per month, you have access to a world of in-depth analyses, investigative journalism, top opinions and a range of features. Journalism strengthens democracy. Invest in the future today.
Subscribe to News24
Related Links
Dwayne Johnson confirms Scorpion King reboot
Dwayne Johnson tastes his own blood after getting injured at gym: 'That's good. That's real good'
Dwayne Johnson announces cast for new comedy series about his life
Next on Channel24
RiSA on Black Coffee and Wouter Kellerman Grammy nods: 'It is a proud moment for South Africans'

Read more on:
moanadwayne 'the rock' johnsonmusiccelebrities
You've got mail!