The Fugard Theatre shuts down with immediate effect 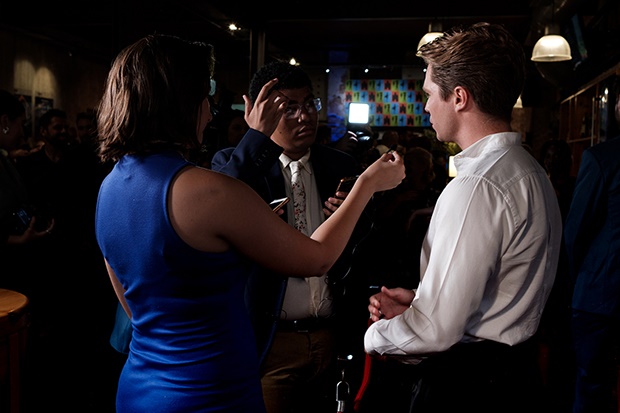 Kai Luke Brummer at the premiere of 'Moffie' at The Fugard Theatre in Cape Town. (Photo: Warren Talmarkes/Channel24)

"Sometimes the show can't go on" is the message resonating throughout the South African arts industry on Monday. Large festivals have postponed or cancelled their arrangements, and production on a slew of shows has stopped.

This follows a watershed moment that took place in the country on Sunday night when President Ramaphosa announced the prohibition of gatherings with more than 100 people and requested that South Africans follow social distancing practices.

READ NEXT: Large gatherings of more than 100 people temporarily prohibited in South Africa.

One venue that has followed these instructions is The Mother City's Fugard Theatre.

In a statement - issued by Lamees Albertus the General Manager at the world-famous art landmark - it was announced: "Following President Cyril Ramaphosa's address on Sunday 15 March, we have decided to suspend operations at The Fugard Theatre with immediate effect, as of Monday 16 March 2020, until further notice due to the acceleration of the COVID-19 virus over the weekend."

It went on about refunds: "All patrons will be contacted by The Fugard Theatre box office to arrange a full refund for seats booked. For any enquiries, please email boxoffice@thefugard.com."

SEE THE FULL THREAD OF THE STATEMENT HERE:

Oliver Hermanus' new film, Moffie which was scheduled to be screened at The Fugard is still being screened at other venues throughout the country and the team behind the film are devising a method for supporters of the arts to still be able to view the important piece of cinema.

#moffiefilm is still showing around the country and the team behind this film are working on something exciting to make sure you don't miss this brand new SA film, even if youre self-isolating! Follow @MoffieFilm for more info... https://t.co/39DKV7gLoN

READ NEXT: 'Moffie': The controversial title, the director, the cast, and the review.

Related Links
'Moffie' red carpet premiere at The Fugard by Warren Talmarkes
ON STAGE NOW: 'Master Harold…and the Boys' marks the start of the Fugard Theatre’s 2020 season
'Kinky Boots' at The Fugard extended until 2020
Share
Next on Channel24
Pink Loerie Mardi Gras & Arts Festival 2020 postponed in the wake on coronavirus shutdown