For 12 years Sheldon, Leonard, Howard, Raj, Penny, Amy and Bernadette have had us rolling with laughter, groaning in frustration and even wiping away a tear or two. While plotlines around hook-ups and romance often took centre-stage, there were many other memorable aspects that had nothing to do with relationships, making it so much more than just another boy-meets-girl-will-they-won’t-they sitcom. Sheldon’s zinger punctuates all his pranks and gags and became a much-loved running gag throughout the series, first making its appearance in the season two finale. Originally an exclamation uttered by one of the writers, it made its way into the script on an impulse and just felt right. The show might not be able to take credit for creating the word, but it certainly made it popular the world over. In fact, when scientists at Iowa State University created a brand-new compound, BaZnGa (barium, zinc and gallium), they credited the fictional Dr Sheldon Cooper’s catchphrase as their inspiration.

Bingewatch Big Bang Theory from the beginning on Showmax » Rajesh spent six seasons in terrified silence around women other than his relatives due to hilarious selective mutism, which fell away when he’d had a drink (or five). This produced some of the series’ funniest moments, but he was “cured” during the season 6 finale when he managed to finally speak to Penny for the first time without consuming alcohol. 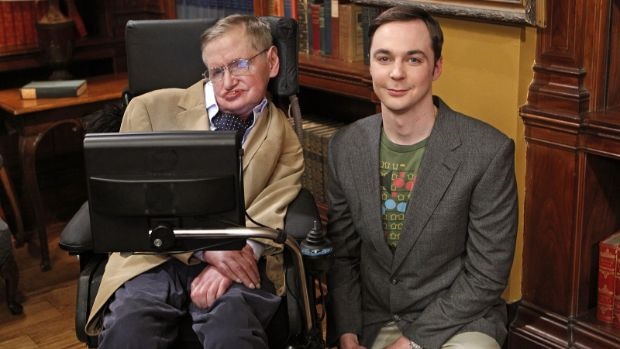 The show has hosted scores of famous faces over the years. From tech greats (Elon Musk, Steve Wozniak and Bill Gates) to sci-fi acting legends (Wil Wheaton, George Takei, Mark Hamill, Carrie Fisher and James Earl Jones) to respected scientists (Bill Nye, Kip Thorne and George Smoot) and of course, comedians (Ellen DeGeneres and Bob Newhart). The series outdid itself when it landed cameos by the late Stephen Hawking, astronaut Buzz Aldrin and the late comic book legend Stan Lee. But not Charlie Sheen – we’ll let that one slide though. 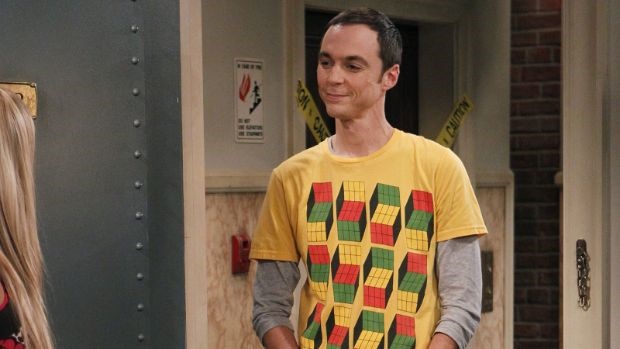 Sheldon’s obsessive compulsive knocking ritual at first seemed like just another of his frustrating personal hang-ups. If he was interrupted, he would complete it in hilarious ways ranging from knocking on the doorframe to the victim’s forehead. He later revealed that he barged into his parent’s room when he was younger and caught his father in bed with another woman – so the first three knocks were traditional, but the second and third sets were for people to get their pants on. Proving that the series truly had a heart, the death of Howard’s perpetually hollering but always off-screen mother was depicted in a deeply sympathetic and truly touching fashion. Her death was written in due to the real-life passing of actress Carol Ann Susi (who voiced the character), and Howard was devastated when her fridge broke and he realised he would never again enjoy any of her cooking. His friends rallied around him and everyone gathered at her table for a last meal to enjoy her famous cooking one more time – which also gave the cast and crew a chance to honour the actress they’d worked with and lost.

Related Links
There's an elaborate Easter egg on 'Big Bang Theory' only physicists would have noticed
WATCH: And so it all ends with a 'Big Bang'
New seasons of 8 addictive series you can’t miss
Share
Next on Channel24
14 crime series to puzzle over