Do you need DStv to get Showmax and more questions answered

Since Showmax launched in 2015, it’s become one of the leading streaming platforms in the country, with a strong South African and international catalogue, as well as live sport. If you’ve been thinking about signing up, but you’re not sure about a few things, here are the most commonly asked questions about Showmax.

Do you need DStv to get Showmax?

Anyone can sign up for Showmax, no DStv required. To start watching, all you need to do is go to www.showmax.com and choose your plan. Showmax is not a TV channel, it is a streaming service that has a huge collection of movies and series to watch on smart devices like laptops, smart TVs and smartphones using the Showmax app.

How much does Showmax cost?

There are two Showmax plans: standard and mobile. The standard plan costs R99 per month and gives you access to Showmax on up to five devices, for example, your laptop, smart TV, phone, tablet and Xbox. The mobile plan costs R49PM and is only available on one device: your phone or tablet. Is it true you can get Showmax for free?

Anyone can sign up for Showmax and get a 14-day free trial. If you are a DStv subscriber you get full access to Showmax at a discount. DStv Premium customers get Showmax free and DStv Compact, Family and Access customers pay R49 per month. Regular Showmax subscribers (who don’t have a DStv account) pay R49 a month for Showmax mobile or R99 a month for full access after the trial period ends.

Is Showmax any good?

There’s a ton of local and international content on Showmax that you won’t find on any other channel or streaming service in South Africa. There are top-quality HBO shows such as Succession, Euphoria and the long-awaited His Dark Materials, andWatchmen.

Plus, there are many more brilliant international series likeVikings, Godfather of Harlem and the entire Grey’s Anatomy. For fans of homegrown entertainment,  watch the latest episodes of The River, The Queen and Suidooster, as well as all the back seasons. Plus, stream M-Net, Mzansi Magic and more original shows express from DStv, such as Trackers, Boer Soek ’n Vrou and The Real Housewives of Johannesburg.

Check out new movies like Bumblebee and Mission: Impossible: Fallout.

Can you watch sports on Showmax?

Do you need data for Showmax?

Yes, you either need to be connected to the internet via Wi-Fi or using your mobile data.

There’s a promo until the end of January 2020 worth considering: add Showmax’s mobile plan to your Vodacom bill for R99PM and you’ll get 2GB to stream series and movies on your phone.

Sign up for Showmax here. Cancel any time, and if it’s your first time signing up, there’s a 14-day free trial. 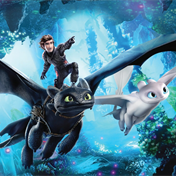