Stream the most addictive titles on Showmax 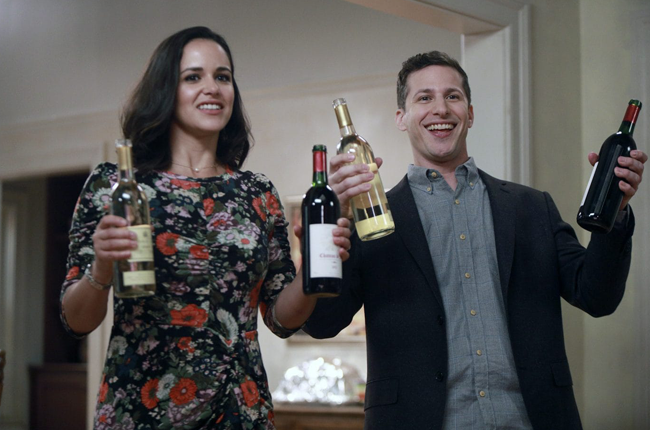 Here they are: our pick of some of the most addictive series on Showmax this year. Stream these and more brilliant full seasons and boxsets on Showmax this holiday season. If you can’t stop watching, don’t say we didn’t warn you…

Cheatsheet: 18 of the most bingeworthy series on Showmax, in alphabetical order:

Haven’t binged all of these yet? Here’s what to expect.

Comedy: The lighter side

It seems like series that take a snapshot of real life and present it with humour are pretty popular. Some of the best-loved series include Insecure, starring the fab Issa Rae, and Younger, about a 40-something woman who gets a great job in New York publishing (and a hot boyfriend) by pretending to be 28. Binge all six seasons so far on Showmax.

Sex and the City is a perennial favourite - some of the storylines might not be totally okay in 2020, but the fashion is still on point. (Rather stream The Bold Type S1-4 if you prefer your Big Apple  fashion with a side of 21st-Century sensibility.)

If you’ve got some hours to kill, snuggle up with all seven seasons of New Girl - it’s feel-good from beginning to end. Or watch the kids go from cute to college in eight seasons of Modern Family.  If you haven’t already, get ready to fall for the characters in Brooklyn Nine-Nine. It’s six seasons of comedy about goofball cops somehow managing to solve crimes, and it’s an easy one to just let run on your phone while you chill by the pool.

You may not be packing your bags for foreign shores these holidays, but you can take an imaginary trip to the delightful Good Karma Hospital. Three seasons of a disillusioned British junior doctor who swaps the UK for sunny south India? Yes please.

Fantasy: Indulge in some make believe

Sometimes, there’s no better escape than another world. That’s why all eight seasons of Game of Thrones is one of the most binged series on Showmax. Sink your teeth into True Blood - it’s seven seasons of deliciously bloody drama - or roll with the zombies in The Walking Dead. Ten seasons are ready to binge, with the 11th and final season due to be released in 2021.

For a truly bleak vision of the future, Elisabeth Moss’s award-winning turn in The Handmaid’s Tale has three seasons so far and a fourth on the way.

Looking for something more serious? Suits was the most binged legal drama on Showmax, and you can watch all nine seasons, from way back when it featured real, live princess-to-be Meghan Markle.  More grit? Ray Donovan, featuring Liev Schrieber as a morally ambiguous fixer, has seven seasons, all ready to stream now.

More questionable morals in Banshee, the four-season HBO drama following an ex-con who assumes a fake identity to hide from a crime lord, while at the same time trying to win back his love, the crime lord’s daughter.

Power is the story of James “Ghost” St Patrick, a wealthy club owner who’s trying to go straight. All six seasons are ready to binge. If you’re one of the many who has done that already, try the first five episodes of the follow up featuring his son, Power Book II: Ghost.

We’ll leave it up to you to decide just how funny you find House, the eight-season medical drama series featuring Hugh Laurie as a misanthropic, brilliant, drug-addicted doctor that won five Emmys, two Golden Globes, a Peabody and nine People’s Choice Awards. More dark humour in Adult Swim’s adult animation Rick and Morty, which has four seasons so far. (If this is your vibe, Showmax has a top selection of Adult Swim content, from Robot Chicken to 2020 Emmy winner Primal.)

Okay, Mzansi, we see you loving reality shows! Showmax debuted two incredible Original reality shows that had people up and down the country talking this year: Life With Kelly Khumalo and Lebo M - Coming Home. And you really loved Madam & Mercy, which follows Evodia and Mercy Mogase and their mother-daughter relationship.  Lockdown debuted its fifth season on Showmax, and viewers were hooked on the gritty, award-winning prison drama.

Other series that had us all riveted include the long-running telenovelas The River and The Queen, as well as newcomer Gomora.

Boxsets: More full seasons to binge from the beginning

Watch all this and more on Showmax from R49 per month »

We live in a world where facts and fiction get blurred
In times of uncertainty you need journalism you can trust. For only R75 per month, you have access to a world of in-depth analyses, investigative journalism, top opinions and a range of features. Journalism strengthens democracy. Invest in the future today.
Subscribe to News24
Next on Channel24
Universal TV has you on call with new exciting series TRANSPLANT