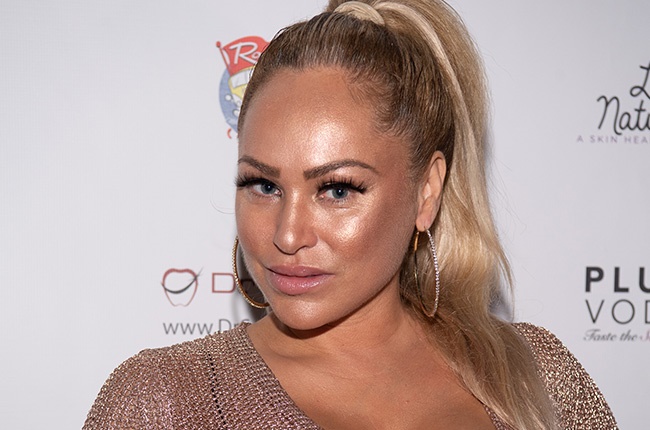 90 Day Fiancé's Darcey Silva and her twin sister Stacey are getting their own reality show.

The twins gained popularity through their appearances on the TLC spin-off show, Before the 90 Days - the prequel to 90 Day Fiancé – which follows the couples as they meet for the first time after connecting online.

Throughout four seasons fans saw Darcey globe-trotting for love which often ended in heartbreak and tears, her sister Stacey was always by her side lending her shoulder to cry on and sometimes giving her much needed tough love.

In Darcey & Stacey, viewers will get to know the twins better as they give a close-up look at their lives, their relationships and their family.

Darcey's daughters Aniko (15) and Aspen (14) and her parents Mike and Nancy will all feature in the show.

"For the past four seasons of our record-breaking series Before the 90 Days, fans have become obsessed with Darcey and her twin sister Stacey. They have clamoured to follow along further on their quest for true love," said TLC President and General Manager Howard Lee in a statement.

"One of the reasons for the success of the 90 Day franchise is the raw, real and captivating individuals who share their stories with us. Darcey and Stacey don't hold back – they live life out loud. We cannot wait to share their next chapter in this all-new series."

In an interview with Entertainment Weekly Darcey said that she is super excited about the new show.

"I've had a long journey with relationships, and now that I've fully concluded my Jessie and Tom stories, I am finally excited about what the future holds. I am at a stage in my life where I am happy with my life, and I'm staying strong for me and my daughters and my family."

Stacey added that she can't wait for viewers to meet their parents, "It's really special that we will be able to show them off in our new show."

And what can viewers look forward to?

Well, Darcey is still looking for love, she'll be meeting some eligible bachelors during the season.

Stacey, on the other hand, has taken an important step in her relationship with Florian, who is from Albania.

After their five-year engagement, they have been approved for the K-1 visa, which means they have 90 days to get married. But the course of true love never runs smoothly on this show. After photos of Florian with another woman surfaced, online Darcey has some doubts about his commitment to her sister.

The series will debut in the US in August; a SA release date has yet to be announced.

We live in a world where facts and fiction get blurred
In times of uncertainty you need journalism you can trust. For only R75 per month, you have access to a world of in-depth analyses, investigative journalism, top opinions and a range of features. Journalism strengthens democracy. Invest in the future today.
Subscribe to News24
Related Links
'90 Day Fiance' star Jorge Nava released from prison after 2 years behind bars
10 shocking 90 Day Fiancé scandals
90 Day Fiancé: Big Ed on that STD test and the lies that came back to bite him
Next on Channel24
New streaming service launches in South Africa – here’s everything you need to know about BritBox