Clayton Evertson tells us more about his role in Arendsvlei Last week a mysterious man made his appearance in the kykNet & Kie telenovela Arendsvlei.

Now in its third season and airing four days a week the lives of the Cupidos and the staff and learners of Arendsvlei High School gets even more deeply entangled with secrets and betrayals.

While away on her retreat in Bormanshoek Beatrice (Jolene Martin) was almost run over by him during her jog. He again made his appearance this time on a bicycle when she was contemplating using the outside shower at her getaway cottage.

In the most recent episode, we finally got to find out his name when he introduced himself to Beatrice as Jake Sylvester.

But who is Jake, and what can we expect from this character? 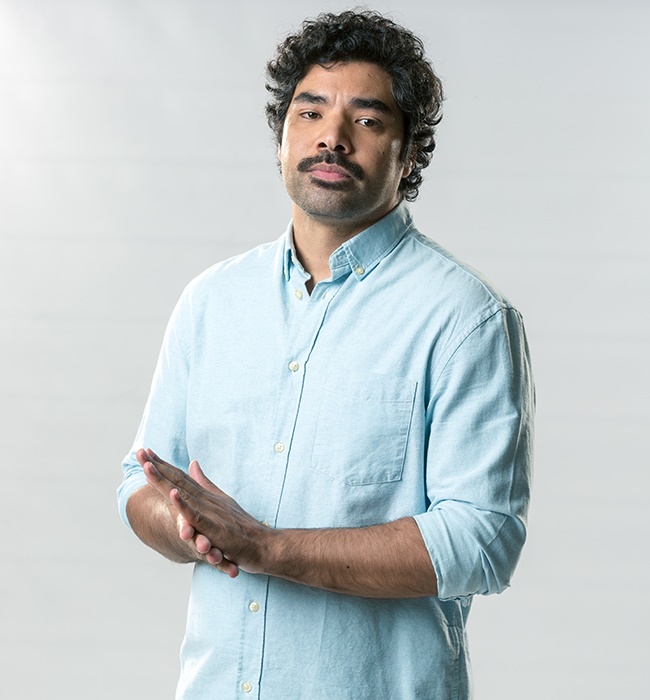 Clayton Evertson, who plays the enigmatic character, reveals in an interview with Channel24 that Jake is deliberately mysterious in how he moves around.

"It's not something he likes to do, but he has to do it. He's an observer. When you see him jogging or cycling, it's a release for him, an escape from his mysterious confines."

What attracted the actor to the role was the complexities of the character.

"He's a mysterious guy, and because of that, the challenge for me was finding out who the real Jake is. Does Jake even know who he really is?"

The Arendsvlei fandom on social media has already predicated that Jake might just be the man to heal Beatrice's broken heart, but Clayton doesn't want to give anything away and teases that viewers will have to keep watching to see how the pair connect with each other.

"But I will say, as much as Jake helps Beatrice, Beatrice helps Jake."

"Beatrice has been through a lot, so I'm sure there will be some scepticism about Jake from viewers. I've read online that viewers just want Beatrice to heal first before she falls in love again. But who knows, Jake might just be the escape she needs," he adds.

While Clayton knew about the show, he admits that he didn't watch the show before signing on for the role and then he binge watched the first season.

"Lionel (Jody Abrahams) had me in stitches, and Wendy (Rehane Abrahams) is a fascinating character too."

The 34-year-old has an impressive resume and has starred in both local and international productions such as Wallander, Black Mirror and Raised by Wolves.

About joining Arendsvlei he says, "I didn't realise how big the show was till I joined Twitter in June, Jolene insisted I join, and I saw how invested the fans were.

"It's a massive privilege to be part of a show that has become so important to the coloured community."

We live in a world where facts and fiction get blurred
In times of uncertainty you need journalism you can trust. For only R75 per month, you have access to a world of in-depth analyses, investigative journalism, top opinions and a range of features. Journalism strengthens democracy. Invest in the future today.
Subscribe to News24
Related Links
Kim Cloete on her character in Arendsvlei: 'She has unfinished business with Hamilton'
Meet Bompie, the heir to the underworld in 'Arendsvlei' and Jarrid Geduld's latest role
Shaleen Surtie-Richards on her new role in Arendsvlei: 'It is the beginning of Janice's new hell...
Next on Channel24
Meet the second group of contestants that will cook on My Kitchen Rules SA