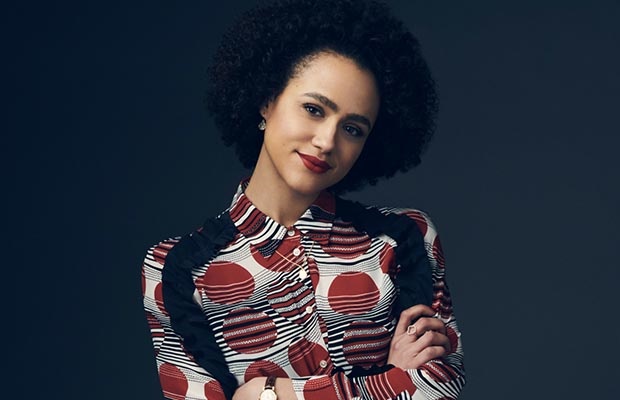 Nathalie Emmanuel is Maya in 'Four Weddings and A Funeral.' (Photo: Hulu)

Cape Town - Whether you want to veg out on the couch, or head out to the cinemas for a treat - we have your entertainment sorted with our handy guide.

1) Where the Wild Men Are With Ben Fogle S7

Writer and broadcaster Ben Fogle travels to the most remote locations to meet with those who’ve left the city to live in seclusion. Most people are moving away from the hustle and constant bustle that comes with the urban lifestyle, and in his travel show, he shows us how those who’ve gone off the grid live – like Scott and Casey, who after six years travelling, decided to gamble their life savings on a kite-surfing school.

2) Four Weddings and a Funeral

Romcoms are making a comeback! Mindy Kaling and Matt Warburton (The Mindy Project) turn to the iconic 90s romantic comedy classic for the inspiration behind this unexpectedly fun reboot. A heartbroken Maya (Nathalie Emmanuel from Game of Thrones) travels to London for her best friend's wedding and reunites with her eccentric group of college friends, all on the wrong side of 30 and still just trying to figure out what they want in life.

The Soweto derby between Kaizer Chiefs and Orlando Pirates takes centre stage where a victory for Amakhosi could extend their dominant lead at the top of the Absa Premiership.

Football fans around the country will be glued to their screens on Saturday afternoon for the #SowetoDerby, especially after the entertainment in last weekend's match.

Will it be the Amakhosi or the Buccaneers who win the game?#AbsaPrem pic.twitter.com/3FcUVO6edd

In this one-hour documentary by HBO, Saudi women embrace a new way of life and the freedom that comes from being behind the wheel when they are allowed to drive legally for the first time. This eye-opening documentary chronicles the largest female-only driving school in the world, and how women are navigating driving for the first time since the ban on female driving was lifted in 2017.

5) Holiday in the Wild

Get into the festive spirit with this holiday movie filmed in South Africa and Zambia. To keep her spirits high when their son leaves for college, Manhattanite Kate Conrad (Kristin Davis) has booked a ‘second honeymoon’ with her husband. Instead of thanking her, he brings their relationship to a sudden end; jilted Kate proceeds to Africa for a solo safari. (READ OUR REVIEW HERE)

Struggling with alcoholism, Dan Torrance remains traumatised by the sinister events that occurred at the Overlook Hotel when he was a child. His hope for a peaceful existence soon becomes shattered when he meets Abra, a teen who shares his extrasensory gift of the "shine." (READ OUR REVIEW HERE)

A rookie female cop inadvertently captures the murder of a young drug dealer on her bodycam. After realising that the murder was committed by corrupt cops, she teams up with the one person from her community who is willing to help her as she tries to escape both the criminals out for revenge and the police who are desperate to destroy the incriminating footage. (READ OUR REVIEW HERE)

A divorced professor shares a night of passion with a troubled student who quickly develops an unhealthy - perhaps deadly -infatuation. (READ OUR REVIEW HERE)

Related Links
'The Herd’s' Paballo Mavundla on his fruitful career: 'Circumstances can never determine where...
This new show about a wicked pastor is our new obsession
Brothers SK and Abdul Khoza to star together in new series
Share
Next on Channel24
If you like learning interesting facts you'll love this short series on Netflix