Cape Town – Other worldly mysteries and more - from the murders of a millionaire couple, to UFOs, to a supernatural spy thriller.

We found three shows that will keep you glued to the screen tonight.

In 2014 millionaires Brad and Andra Sachs are shot in their home. Police are left with a series of clues that take them on a chase to find the couple's killer.

S1/E1 - Area 52 Reports of vanishing aircraft and UFOs have convinced investigators that the government knows more than it admits. The top-secret military base Area 52 may hold the answers.

In this supernatural spy thriller, a woman wakes up in London surrounded by dead bodies and has no recollection of how she ended up there. Things get even more confusing when she learns she's an agent with supernatural abilities. 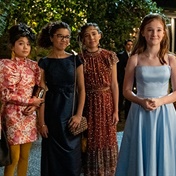