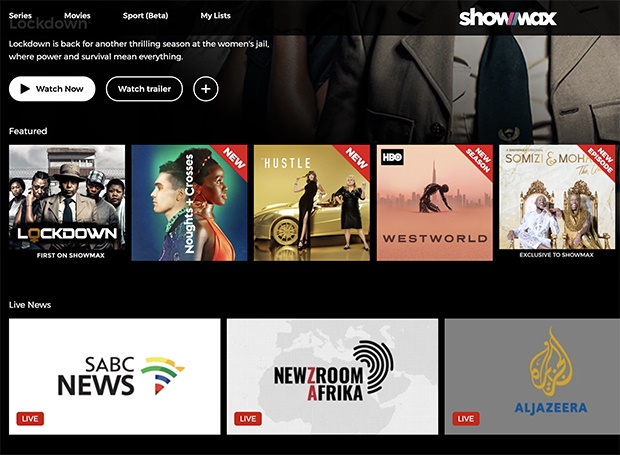 A screenshot of the live news channels on Showmax.

DStv Now announced last week that it would be making 24-hour news channels available on its platform to everyone amid the on-going coronavirus pandemic.

Both subcribers and non-subscribers are able to stream the news channels and some additional entertainment channels on the online version of DStv.

On Thursday, Showmax confirmed in a statement to Channel24 that BBC World News, CNN, Sky News, SABC News, Newzroom Afrika, Al Jazeera, and Euronews would now also be available to stream live on its platform.

This would make access to important news sources even more widely accessible.

The channels can currently be viewed on Showmax in South Africa on web (Chrome, Firefox, Safari, Edge), Samsung (2017+) and LG (2014+) smart TVs. Android (4.4.0 or higher) and Android TV will go live soon and iOS and Apple TV will be added shortly.

For more updates on how to stay entertained and informed during lockdown click here.

Related Links
10 celebrities who were on 'Law & Order' before they were famous
90 Day Fiancé: SA's Syngin Colchester tells us everything about life in America and what he...
From 12 toes to 'alligator feet' and a double big toe - There's a show about people's unusual...
Share
Next on Channel24
This series is a great escape for romance lovers