No more chilling adventures for Sabrina 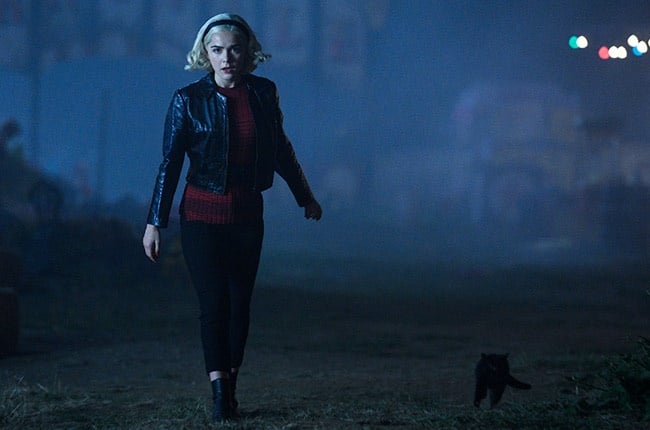 The Chilling Adventures of Sabrina is coming to an end.

Netflix announced on Wednesday that the upcoming Part 4 of the supernatural horror series will be its final season.

It all comes down to one last Chilling Adventure. Our final chapter is coming later this year. Coven forever. ?? pic.twitter.com/T0jkwAc1wJ

Showrunner Roberto Aguirre-Sacasa in a statement to the Hollywood Reporter thanked the streaming service for letting them tell the story the way they wanted to tell and thanked the cast and crew.

"Working on Chilling Adventures of Sabrina has been an incredible honour from day one. The cast, beginning with Kiernan as everyone's favourite teen witch, has been an absolute joy. I am beyond thankful to the crew, writers, editors, assistants, and everyone for pouring so much love into this dark dream of a show."

The series reimagines the origin and adventures of Sabrina the Teenage Witch as a dark coming-of-age story that traffics in horror, the occult and, of course, witchcraft.

In 2018 the Satanic Temple sued Netflix and Warner Bros for $50m (R704.5m) for using their statue of Baphomet, known as the "Sabbatic Goat" in the show. The suit was later settled amicably between the parties.

We live in a world where facts and fiction get blurred
In times of uncertainty you need journalism you can trust. For only R75 per month, you have access to a world of in-depth analyses, investigative journalism, top opinions and a range of features. Journalism strengthens democracy. Invest in the future today.
Subscribe to News24
Related Links
WATCH: Sabrina taps into her dark side in 'The Chilling Adventures of Sabrina' part 2 trailer
Kiernan Shipka goes from Mad Men to a witch in Sabrina
Next on Channel24
Top 10 reasons you need to be watching Hacks