Showmax picks up the new fantasy series, 'A Discovery of Witches'

Teresa Palmer in A Discovery of Witches. (Screengrab: YouTube)

Cape Town – Showmax, has acquired the streaming rights for A Discovery of Witches, produced by Bad Wolf. The British fantasy drama series will become available on Showmax from 1 May.

A Discovery of Witches was renewed for a second and third season in late-2018 and is based on Deborah Harkness' All Souls novel trilogy series.

In the story, a modern-day witch, Diana Bishop (Teresa Palmer) who can't control her powers, and a vampire, Matthew Clairmont (Matthew Goode) work together to solve a mystery.

Diana, a descendant of the Salem witches, is reluctant to use her powers or to be a witch until she discovers (or it actually allows her to find) a magical, hidden book, Ashmole 782, in Oxford's Bodleian Library, filled with magical secrets.

Despite an enduring mistrust between witches and vampires (in a world filled with all kinds of others good and evil magical creatures like daemons), Diana agrees to work with Matthew – a 1 500 year old vampire – to protect the magical book. Meanwhile, a forbidden romance blooms as they come up against various threats lurking just beneath and all around seemingly ordinary society and hiding in plain sight.

A Discovery of Witches has already been sold in 84 territories with the first season that was broadcast on the Sky pay-TV service in the United Kingdom and snapped up by the BBC America channel for the United States.

With the cancelled Shadowhunters on Netflix ending soon with its final episodes, the 8-episode first season of A Discovery of Witches is a great new show for viewers who love series like Teen Wolf, Vampire Diaries and True Blood.

We live in a world where facts and fiction get blurred
In times of uncertainty you need journalism you can trust. For only R75 per month, you have access to a world of in-depth analyses, investigative journalism, top opinions and a range of features. Journalism strengthens democracy. Invest in the future today.
Subscribe to News24
Related Links
10 surprising facts about the 'Jersey Shore' cast
The woman behind Netflix's newest show tells us how the #MeToo movement has changed the animation...
'Big Little Lies' season 2: Everything we know so far
Next on Channel24
Royal expert slams The Crown and says Charles and Diana 'couldn't keep their hands off each other' 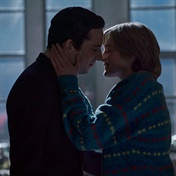