Stormzy praises new series 'Noughts + Crosses': 'This is 100% groundbreaking – I haven't seen nothing like it' 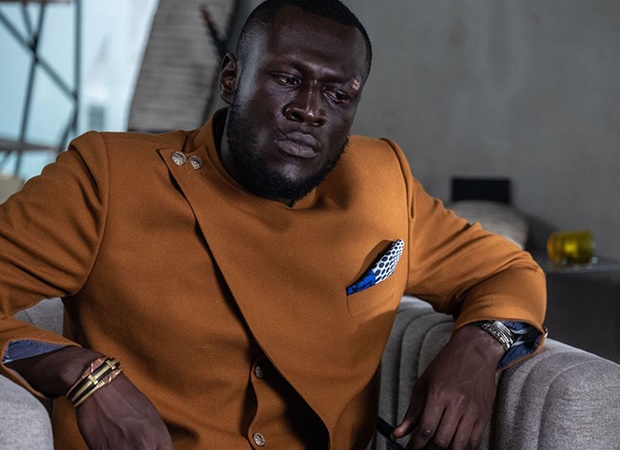 "Over 700 years ago, the Aprican Empire invaded Europe. Aprica colonised the continent and reached as far as Albion. Albion has been under Aprican rule ever since."

So begins Noughts + Crosses, a controversial six-part BBC One series that has just started screening on M-Net (DStv 101) on Thursday at 22:00 and on Showmax, with new episodes every Thursday night from 23:30.

South African Masali Baduza (Trackers) and BAFTA winner Jack Rowan (Born To Kill, Peaky Blinders) play Sephy and Callum, two star-crossed lovers in the tradition of Romeo and Juliet. Sephy is the privileged daughter of the Home Secretary, Kamal Hadley, while Callum's mother, Meggie, is the Hadleys' housekeeper. While Sephy and Callum grew up together, they may as well have lived in different worlds. The alternate reality love story is based on the multi-award-winning 2001 novel by former Children's Laureate Malorie Blackman, which was included in both BBC's list of the 100 Novels That Shaped The World and in The Guardian's 100 Best Books of the 21st Century. Grime superstar Stormzy, who has a cameo in the series as newspaper editor Kolawale, calls the five-book series "my favourite books of all time".

"What I wanted to do was have the black people in my story not as victims, but celebrating their own culture," says Blackman. "I remember the first time I wore an afro at school, I was sent out of the class for being a troublemaker. It was this thing of black people being penalised for wearing our own natural hair. The celebration of African culture in myriad forms gives a different sensibility to what has been on TV before.

"Prior to reading Malorie's books, I had never heard of a world that existed where Africans were the ruling class," says Baduza. "It was unique and it made me feel warm inside, to imagine a world where this could be a possibility."

"As a black African, I have never seen a television show that showcased our being or our ways, in a way that was given a place and was acceptable, until now," says Mbuli. "It is quite a feeling to walk onto set and feel seen as a person, and feel like your hair and the way you wear it, or the way the people in your world wear their clothes or what they hold dear, is suddenly important and is being given a platform. It is shocking.  "Then you realise that you have spent your whole life without it, that you have never switched on a TV and seen that. That too is shocking. I sometimes walked onto set and started weeping."

READ OUR INTERVIEW WITH BONNIE MBULI HERE: Noughts + Crosses star Bonnie Mbuli says it was empowering to be on a set where she could be herself

Visionary short film director Kibwe Tavares (Jonah, Robots of Brixton, Robot & Scarecrow) executive produced the series and steered the creation of its Afrocentric world, where everything has been rethought, from the language to the architecture, from beauty norms to the colour of plasters.

In one powerful scene, Callum cuts his finger and Sephy gets him a plaster, which is too dark for his skin. For context, South Africa has only had 'skin tone' plasters for black people since 2015, while in the UK, Tesco has just this year released multi tone plasters - and claims to be the first supermarket there to do so. "There are so many small moments that a lot of people wouldn't think about, like the fact that flesh coloured plasters are not the flesh colour of anyone but white people," says Joseph. "It is an insidious, tiny, incremental knock to you as a citizen of any country to be told what normal is in those casual ways. Working on this drama has exercised all of our minds and made us super aware of everything."

Noughts + Crosses was the number-one show across all channels when it premiered on 5 March 2020 in Britain. The series has a 82% critics rating on Rotten Tomatoes, with The Guardian hailing it as "vital viewing", The Telegraph as a "must-see", NME as "must-watch TV", RadioTimes as "a series on the cusp of greatness", and The Evening Standard as "properly incendiary."

Of course, the glowing reviews weren't universal: The Independent predicted "this race reversal drama will induce hernias in right wing commentators" - and they weren't wrong. Trolls took to Twitter to denounce it as "deeply racist", "anti-white tripe" and "race-baiting."

Blackman was having none of it. "Btw, to those accusing me of being anti-white or stating I must hate white people to create such a story as Noughts + Crosses, I'm not even going to dignify your absurd nonsense with a response," she tweeted. "Go take a seat waaaay over there in the cold, dark and bitter haters' corner."

The African links don't stop there either - Screen International 2018 Star of Tomorrow Koby Adom, born in the Ivory Coast and raised in Ghana, is one of the two directors, while the soundtrack includes Ghana's Kiki Gyan and Ebo Taylor; Mali's Salif Keita; and South African artists Bongeziwe Mabandla, Mlindo The Vocalist, and Umlilo.

As Stormzy put it on Twitter, "This is 100% groundbreaking… I haven't seen nothing like it on British telly ever."

Love may not ever be black and white, but #Stormzy's opinion on #NoughtsAndCrosses most certainly is ?? ?? pic.twitter.com/6eud2RkPlF

Related Links
'Noughts + Crosses' star Bonnie Mbuli says it was empowering to be on a set where she could be...
WATCH: Bonnie Mbuli in new BBC series 'Noughts and Crosses'
'Lockdown' versus locked up - Where TV meets truth
Share
Next on Channel24
Showmax announces four new originals including Kelly Khumalo reality show and Tali sequel

Read more on:
tvnoughts and crosses
You've got mail!