Ellen Page gives us the inside scoop on her new Netflix superhero show you will want to binge-watch this weekend! 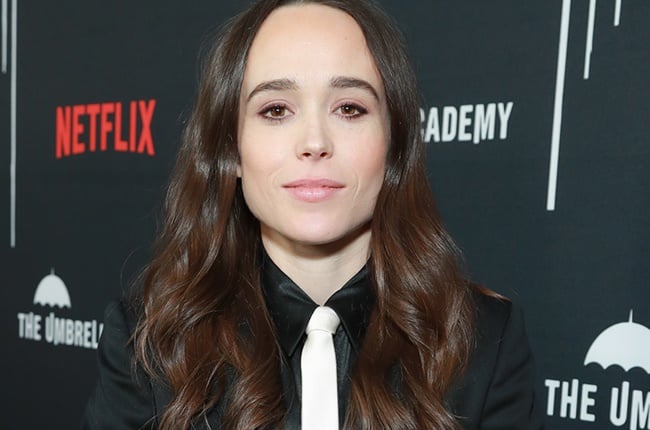 Cape Town – When we hear or read the word ‘superhero’ we immediately think of someone like Superman, Batman, Black Panther or even Thor – but that is all about to change.

A new definition of what a superhero is, comes to light in the delightfully odd Netflix series, The Umbrella Academy, which is now available to stream across the globe.

On the same day in 1989, forty-three infants are inexplicably born to random, unconnected women who showed no signs of pregnancy the day before. Seven are adopted by Sir Reginald Hargreeves (Colm Feore), a billionaire industrialist, who creates The Umbrella Academy to train his ‘children’ to become superheroes.

In their teenage years, the family fractured. Now, the six surviving thirty-something members reunite upon the news of Hargreeve’s passing. Luther (Tom Hopper), Diego (David Castañeda), Allison (Emmy Raver-Lampman), Klaus (Robert Sheehan), Vanya (Ellen Page), and Number Five (Aiden Gallagher) work together to solve a mystery surrounding their father's death all while finding themselves, dealing with demons from their past and facing a global apocalypse.

The wonderfully peculiar show is derived from the graphic novels created and written by My Chemical Romance frontman Gerard Way and illustrated by Gabriel Bá. Seated snug in a small room in the stylish 19th-century Kimpton Fitzroy hotel - located along a large garden square in Bloomsbury, London - we get the opportunity to pick showrunner and executive producer of the screen adaption, Steve Blackman’s brain about how he brought Way’s comic baby to life.

According to comic site Den of Geek, it has taken 12 years for The Umbrella Academy to materialise on screen. Of those 12 years, Blackman worked on making a show for 18 months.

Touching on how he went about adapting the comics into a series, Blackman says: “I wanted to keep the absurdist elements, the whimsy and the fun of it. I wanted to be respectful to the fans of the graphic novel and Gerard and Gabriel’s hard work…But I also wanted to bring in a much broader audience in to see this, who didn’t know anything about it and who don’t typically read graphic novels.”

And while it has taken more than a decade to bring the comics to life, viewers are sure to binge the 10-episode series in less than a day – something Blackman believes is a massive achievement.

“I spent 18 months working on season one from start to finish and I know people will binge it in a heartbeat, but that’s fun to me…I want them to say, ‘It was midnight and I had to fucking go to bed but I stayed up for two more hours because I had to make it to episode 6,’ that kind of thing.”

With this in mind, Blackman reveals that he smartly embedded “wonderful Easter eggs” that he hopes the audience will go back to find after watching the season the first time.

“We hid wonderful Easter eggs. The show is embedded with things for the characters…people will be blown away. I want people to go through it once and then go back and look at it a little more carefully the second time.”

When it came to casting the show, there is one person, Blackman says, he had in mind immediately – Ellen Page.

“I always wanted Ellen from the beginning and I felt very, very lucky to get her,” Blackman says, adding that once he had actors in mind it was just about making calls and stating a good case.

“A good actor like Ellen will have a lot of people wanting them and you just have to explain to them why your project is special and important. So, I was very lucky to get most of the people I wanted.”

Seated alongside Blackman is the very star of his show, Page - who plays Vanya, the outcast of the seven siblings.

Speaking about what drew her to the character who would break her 15-year TV hiatus, she says: “Vanya - which was amazing because I got sent it, wasn’t familiar with the comic, read just the first episode which doesn’t give you very much information, particularly about Vanya, she hardly speaks - was a role where I was like, ‘Yeah, I got it.’”

And after hearing where her character would go, Page adds she was really sold. “I felt her in my heart and then of course when we spoke, Steve really talked me through the whole arc and I was like, ‘What a dream for an actor!’” Called “Number Seven” by her adoptive father, Vanya is the one sibling who is brought up to believe there is absolutely nothing special about her and so, is excluded from The Umbrella Academy.

Speaking about what she loves about Vanya, Page reveals the emotional journey her character goes through is something she enjoyed exploring.

“She was abused as a kid, she’s had a hard, hard life and was completely ostracised by her family.

“We meet her and she struggles with depression and anxiety and doesn’t know how to be close to people and she really has to go on a journey to deeply find herself. Unfortunately, her anger and rage, when she finds it, explodes to a degree that causes some problems. But I think for me that journey was just very enjoyable to play, I related, and I would imagine lots of people probably see themselves through Vanya.”

Further elaborating on how she relates to the character, Page reveals: “I struggled with feeling like an outsider growing up in an environment where it wasn’t always positive in terms of my identity, so, navigating that and dealing with shame and how that internalises and really poisons you and you have to work through that.” After watching the first episode, it is clear that music is an important part of the show, something both Blackman and Page agree is a reflection of the importance of music in their own lives.

“I write to music so, often before I’d write a scene I’d play a song and then write the sequence,” Blackman says, adding that music “was always going to be a character in the show”.

“We picked big songs and we tried to do it a little different by playing the whole song instead of just 10 seconds. And if we have a second season then we will do it again, music will always be a big part of the show.”

Speaking about her personal relationship with music, Ellen says: “It’s probably one of the most important things to me. I relate to Steve and love the music in the show.”

Along with the stunning soundtrack, the use of dancing in the show will come as a surprise but much-needed relief from tense moments.

“I wanted some fun and some whimsy,” Blackman says. Elaborating on two significant dance sequences, he adds: “I added the ‘I Think We’re Alone Now’ sequence to the pilot because to me it represented the youthfulness of these people.

“And with Allison and Luther later on, it was just a sweet moment. We did it practically, we hung thousands of little lights from a tree and a crane in the middle of the night and it was just great to do.”

As my 20 minutes with Ellen and Steve draws to an end, there’s just one more question. If we are lucky enough to get s second season, what are the plans?

Knocking on the table, Blackman reveals he already has an idea for season two and while he doesn’t share much promises “it will definitely be another wild and crazy time with our actors and our characters, but we will just have to wait and see”.

The Umbrella Academy is currently streaming on Netflix.

*Channel24’s trip to London was sponsored by Netflix.

We live in a world where facts and fiction get blurred
In times of uncertainty you need journalism you can trust. For only R75 per month, you have access to a world of in-depth analyses, investigative journalism, top opinions and a range of features. Journalism strengthens democracy. Invest in the future today.
Subscribe to News24
Related Links
6 documentaries that prove that truth is more tragic than fiction
Bird Box: Netflix won't budge on the trainwreck footage
Chill! Netflix’s largest-ever price hike excludes South Africa
Next on Channel24
Joan Rivers series starring Kathryn Hahn cancelled