When MultiChoice's latest DStv Explora Ultra decoder goes on sale this week it will sell at a recommended retail price of R2 499.

The DStv Explora Ultra will be MultiChoice's first decoder that will give subscribers access to Netflix South Africa with other international video streaming services likely to follow.

But why such an expensive price for a decoder?

Calvo Mawela, MultiChoice CEO, on Friday during the company's investors' call for its financial results for the 6 months until the end of September 2020 gave four reasons for the hefty price tag of the DStv Explora Ultra.

"If you look at it as a set-top box and consider that it does traditional linear TV, it does Catch Up, it does all of the other elements that we used to have in the previous DStv Explora; we have increased the memory, we have built-in Wi-Fi and then we are able to add streaming apps as and when we have agreements with other subscription video-on-demand (SVOD) players coming into the market - that is the basis on which it is priced at that level," he said.

"The other thing we have decided to do with the DStv Explora Ultra decoder is not to introduce any subsidies as yet, and that is why you see the pricing, if you compare with others, it's a little bit out of sync with what you have seen in the past." 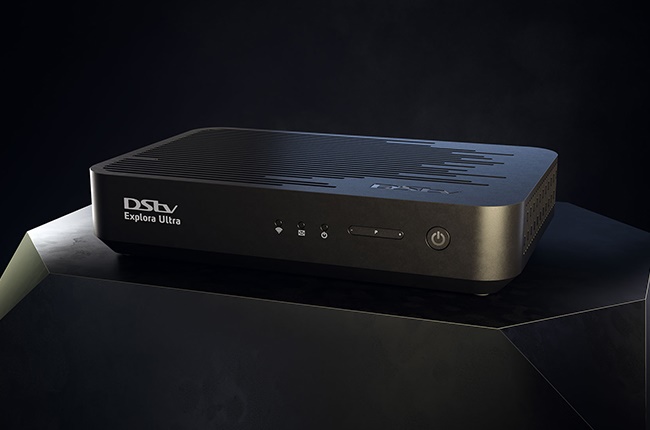 Tim Jacobs, MultiChoice chief financial officer (CFO), said that the DStv Explora Ultra decoder is "really targeted at early-adopters and we think that the initial target market is the guys that want to experiment a little bit".

"But like all of our products, we'll start and then we'll look at the market demand and then make judgement calls about whether to introduce pricing differentials [subsidies] later. It's a good starting point to simply introduce the DStv Explora Ultra into the market," he said.

THE CELEB-FILLED AD FOR THE DSTV EXPLORA ULTRA:

We live in a world where facts and fiction get blurred
In times of uncertainty you need journalism you can trust. For only R75 per month, you have access to a world of in-depth analyses, investigative journalism, top opinions and a range of features. Journalism strengthens democracy. Invest in the future today.
Subscribe to News24
Related Links
Friends reunion special set to film in March
We speak to SA actor Phumzile Sitole about her role in Star Trek: Discovery
Prince Harry makes a cameo appearance on Strictly Come Dancing
Next on Channel24
SA wants to force a 30% local content quota on streamers like Netflix – here’s why it’s a bad idea