We asked three of the women from The Bold and the Beautiful (two actors and an award-winning costume designer) about their experiences as women in Hollywood – and their wishes for South African women this Women's Month.

(Katie Logan on The Bold and the Beautiful)

Heather laughs loudly when we ask her about her experiences in Hollywood.

"Have I ever felt discriminated against? Oh yeah!" she says. "I think most women have."

She's quick to point out, however, that she's been lucky for the past years because daytime TV is far more matriarchal. "In many ways, it's a female-led genre," she says. "Although there is a man at our helm, our directing team is majority female, and if you look at our show's storyline, there are always powerful women in charge."

Heather says she's well supported and has had lots of opportunities to expand her career, even the ability to direct. "But in the larger business, women have had a much rougher time," she says. "We have a long way to go before we are at parity. Sometimes women are looked down on as diversity hires and as somehow less qualified." Heather Tom has won 7 Daytime Emmy Awards - the most for a soap actress - for her role as Katie Logan.
Photo: Gilles Toucas Photography

We asked Heather to give South African women some inspiration for Women's Month, and she was immediately aware of the plight women face in South Africa.

"So many women are in difficult situations right now," she says. "Having to make decisions like: 'Do I go to work and feed my family or do I stay home and keep them safe?' It's just impossible. My best advice is for the whole community to try and stay as healthy as you can, and that includes simple things like washing hands, keeping your distance and wearing those masks to flatten the curve."

Heather says she still can't understand why it is so difficult for some people to wrap their head around the fact that the coronavirus is a catastrophe. "We have to take care of each other because that is the only way we are going to be able to take care of ourselves. So keep your chin up and hopefully, we will all be able to come out on the other side."

(Maya on The Bold and the Beautiful)

Karla's also been lucky enough to find herself in the more gender-friendly environment of daytime TV (daily drama), where she has made history by playing the first transgender woman to ever marry on daytime TV.

"It has been an honour to play Maya," she says. "I was nervous when I was first told about the idea of her being transgender because it was important to me to do a good job, but it gave me the opportunity that so many artists long for: to work on a role that was well written and that I cared deeply about." Karla Mosley has made history by playing Maya Avant the first transgender bride to ever marry on daytime TV.
Photo: Gilles Toucas Photography

(Costume Designer on The Bold and the Beautiful)

Glenda, who has just won her fifth daytime Emmy Award, knows what it's like to work behind the scenes in Hollywood and has had to work her way up to where she is now. "As a woman, you are very often not taken seriously," she says, "And the pay is often different."

Luckily, she's also had good experiences on daytime TV, but says when she first started out she often felt disrespected. "It has been a very male-dominated industry for a long time, but at least now, you are seeing more female directors. I have been lucky because there have been a lot of women in the costume industry, but other people in other departments find things more challenging." 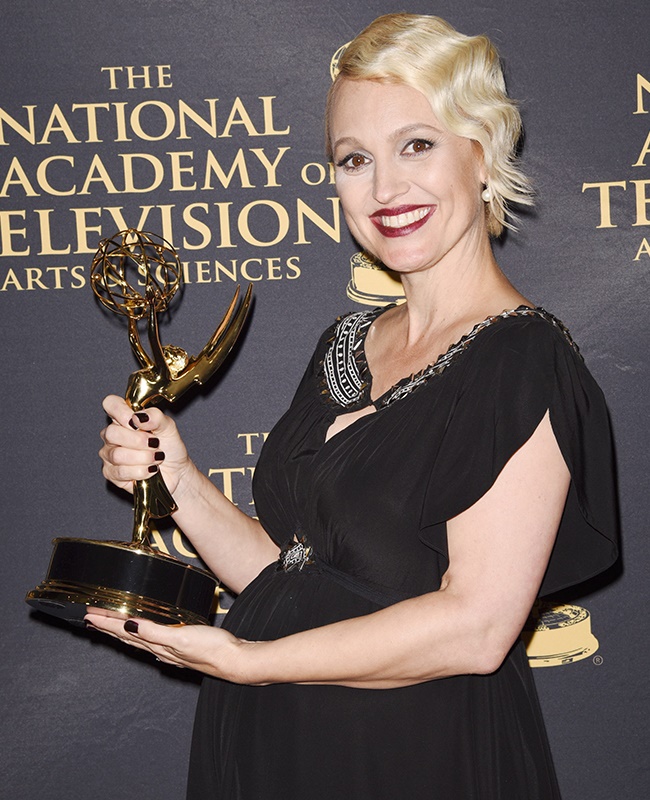 She recalls saying, in her earlier days when she was still studying costume design, that she was going to go to LA and win an Oscar. "Some people said to me: 'That's ridiculous, your expectations are way too high.' And here I am, I've won five Emmys, and maybe an Oscar is next!"

Don't listen to the outside noise, Glenda advises. "You have to smile at the storm, don't let others get to you and be confident. It's rough being a woman in this world because we are still on our way fighting to where we need to get, but what has gotten us this far is that we are strong and never give up!"

We live in a world where facts and fiction get blurred
In times of uncertainty you need journalism you can trust. For only R75 per month, you have access to a world of in-depth analyses, investigative journalism, top opinions and a range of features. Journalism strengthens democracy. Invest in the future today.
Subscribe to News24
Related Links
'The Bold and Beautiful' renewed for two more seasons
Bold and the Beautiful's Scott Clifton on his character Liam: 'I could kill him a lot of the time'
'The Bold and the Beautiful's' Katherine Kelly Lang on playing Brooke Logan and the show's return...
Next on Channel24
Regé-Jean Page reveals how his family reacted to those steamy Bridgerton scenes