WATCH: The trailer for 'You' season 2 is out - and it looks like it's going to be darker than the first

Penn Badgley in 'You'. (Beth Dubber/Netflix)

Cape Town – Creepy Joe is back, and he's in a new city targeting a new girl.

Penn Badgely reprises his role in the series based on Caroline Kepnes' best-selling novel of the same name and asks, "What would you do for love?"

In season two of You, Joe is laying low and hiding from his ex in LA. Can he deal with his past and make a fresh start, this time with the right woman?

Set to a cover of Radiohead's Creep we get a taste of what Joe will get up to this time around and by the looks of it, this season will be even darker.

The series will be available on Netflix, 26 December.

Related Links
There's a new gospel channel on DStv!
Priyanka Chopra and Nick Jonas get Amazon series
Boity bags a reality TV show on BET Africa
Share
Next on Channel24
A divine new cooking show where nearly everything on set is edible and pizza volcanoes are real 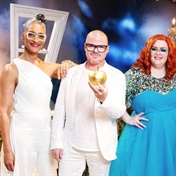