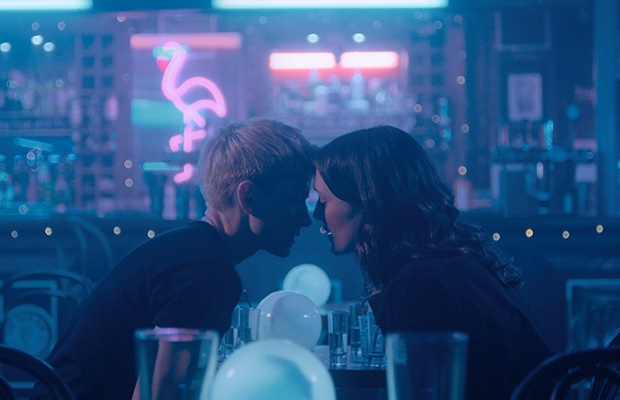 Stand-up comic Mae Martin navigates a passionate, messy new relationship with her girlfriend, George, while dealing with the challenges of sobriety.

Feel Good is one of the few shows that you can stream today that has queer people in front of the camera, behind-the-scenes and in the writer's room.

It stars Canadian stand up comic Mae Martin, as the lead with the same name, as she navigates life as a recovering addict, a struggling comedian and a serial monogamist. She's funny, smart, anxious and a complete mess, when she meets and falls in love with George, a beautiful and upper-crust British teacher. The two soon move in together, but everything isn't smooth sailing as they deal with living together, each other's families, commitment issues and more.

I loved this show because of all the characters' flaws – none of them are perfect; they all make mistakes and hurt each other and don't know what to do. They're confused about things within themselves, between each other and bigger societal class questions.

For instance, Mae, at one point, calls herself neither male nor female but a failed version of both. She stops short of saying that she is non-binary or anywhere on that wide spectrum, but as someone who is I could really relate. It's through her relationship with George, who says that she's not gay because the only woman she wants is Mae, that Mae is able to access the fact that she's not happy living a performative role as 'the man'.

It's through comedy and confrontation that we get to see all the facets of this show with its incredible writing by Mae and her co-writer Joe Hampson, shining a light on some of the aspects of life that shows about cis-heterosexual people don't.

Another aspect that I loved about this show is how it dealt with addiction in a nuanced and innovative way. It dove into how addiction is a disease that addicts cannot control. Like a siren call that beckons loudest when they are in the most pain. For the lead, and for so many people like her, her addiction and her replacement behaviours are pain relive.

How I would like the show to improve: I do wish that there were more people of colour in the lead roles. Yes, there are members of the supporting cast who are not white, but I wish I knew more about them and that they showed real growth instead of being tools for Mae's character to grow. So, I guess what I'm really asking for is another season, so we can see the mess Mae has made. Who Lava is as a person, outside of Mae and her mother, and if there's ever a way that George and Mae can go to therapy and work on their intense shit.

Please watch this show, so that the powers that be can greenlight more episodes and I can continue to revel in the glorious, lovely mess that is Feel Good.