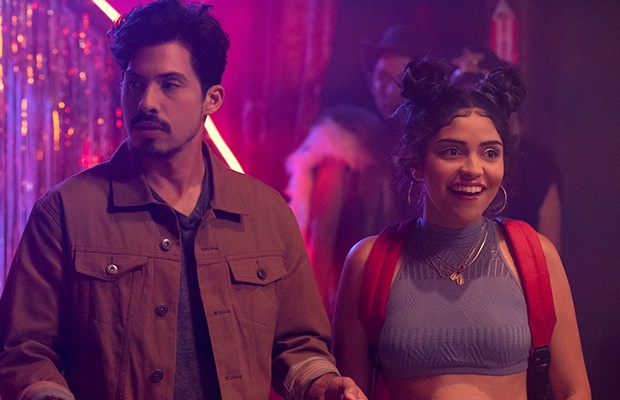 The Morales cousins scramble to save their grandfather's taco shop - and pursue their own dreams - as gentrification shakes up their LA neighbourhood.

Gentefied follows the story of the Morales family who are trying to save their grandfather’s taco shop in Los Angeles.  Their neighbourhood is being gentrified, and that’s something a lot of people can identify with right now. Woodstock and Observatory in Cape Town are in the midst of gentrification, and the residents of Bo Kaap have been fighting against gentrification in the area. It’s a hot topic with a domino effect of consequences.

The consequences of gentrification are made very clear in Gentefied as Mama Fina’s (the taco shop named after the family matriarch) is threatened with closure. The rent is going up because of all of the improvements in the area, and the humble taco shop cannot compete.

But this is so much more than a story about gentrification although that is the launching off point for the series. It’s a story about chasing your dreams and making a name and life for yourself despite all the things that stand against you.

Meet the Morales cousins: Erik, Anna and Chris. Chris has recently come back to the neighbourhood after his father moved them to Oregon and is considered to be a gringo (someone who is not Latino) by many of the people in the neighbourhood. Chris is a chef at a top restaurant. Then there’s Ana, who holds down a couple of small jobs but wants to make money with her art, much to her mother’s disdain. And then there is my favourite, Erik. Erik’s the most surprising of the three cousins to me. He’s fiercely loyal to his neighbourhood and family, is trying to do right by his baby mama and is sneakily teaching the kids of Boyle Heights to love reading by giving them free tacos for every book they read. It seems as if he is the least responsible of the family, but he’s the one that grows the most over the 10-episode first season as he comes to terms with becoming a father.

The story really gets moving once Chris is fired from his fancy job for standing up against the racist head chef and becomes a business partner at Mama Fina’s. This is when he starts trying to make some changes like introducing new ingredients, using card machines and revamping in the store menu to name a few things. Not all of these things go down well with the locals, but the Instagrammers are sure loving it. He’s trying to broaden their customer base and bring in more money. It all comes to a head in the penultimate episode titled Protest Tacos.

There are two episodes that are sort of standalone episodes in that they don’t revolve around the cousins or the taco shop. The first focuses on a regular Mama Fina’s customer, Javier who is struggling to find a place to live in Boyle Heights. The other was about Ana’s mother. Before this episode, you have no sympathy for her. She is a hard on Ana, constantly berating her and at one point throws out all her paints. She comes across as very spiteful, but when you see what her life is like you understand where she is coming from and why she wants better for her daughters.

Gentefied is mostly a light drama with some laughs, but these two standalone episodes were particularly heartbreaking. It’s a story about family, community and trying to retain your individualism in a world that is slowly becoming homogeneous.