Get Organised with the Home Edit 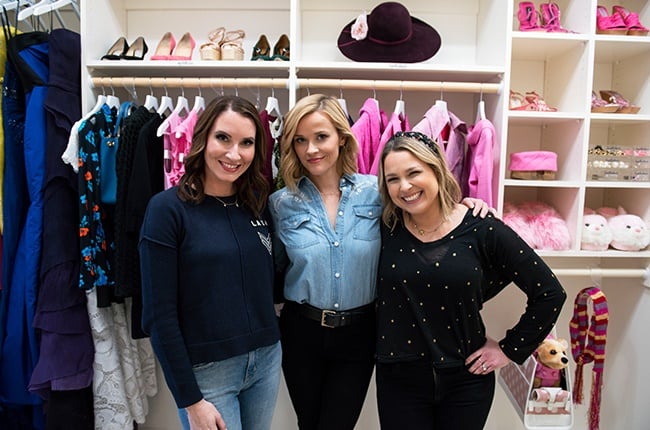 I watched this series at a time I knew my own wardrobe was a mess but had no intention of clearing out the clutter. But perhaps, subconsciously, I was drawn to the show because I needed a little inspiration.

After the Marie Kondo craze swept the world in 2019, the art of decluttering and organising was a trend that was near impossible to escape on platforms like YouTube.

As usual, I was late to the party and ended up missing that train all together. But this show, I hoped, would get me back on board.

Spoiler alert: The state of my wardrobe has not changed.

A big draw, for me, was that Clea and Joanna have an extensive celebrity client base. It's not very often you get to peek inside the wardrobes of stars like Khloé Kardashian, Reese Witherspoon and Eva Longoria.

What magnificent secrets must lie behind those doors, I thought. Could you imagine the budget the crew would have to work with? Honestly, I was gearing myself up for what I assumed would be the Pimp My Ride of closets.

But it turns out that Hollywood celebs don't have disco lights and small coffee shops in their wardrobes. My dreams were dashed. Yet I continued watching, hoping to see some epic transformations. Instead, what I got was something kind of ordinary.

Now, don't get me wrong, the end results were definitely aesthetically pleasing, and I picked up an idea or two for the day I finally decide to get my own life organised. I also enjoyed the chemistry between Clea and Joanna. They're fun and funny, the perfect combination. The problem is I went into this with extremely high expectations, hoping that I had stumbled upon a show that I could binge on for a couple of days.

Sadly, I quickly found out; this was not the show for me. However, if you like watching celebs' closets go from pretty normal to still pretty normal, but with great shelving, then give it a go. Also, if symmetry and colour coordination turn you on, then you've got yourself a winner.