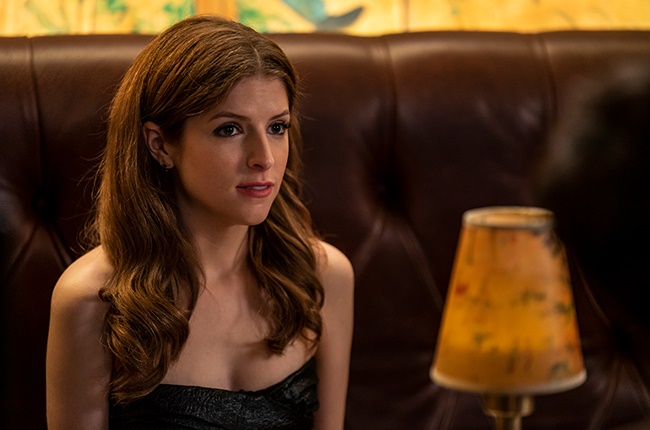 Darby Carter embarks on a journey from first to lasting love, which includes the people she meets along the way.

Love Life is an anthology series that follows Darby Carter (Anna Kendrick) as she navigates relationships in New York City. What could easily have been just another romantic comedy manages to make itself stand out from the rest. This one focuses on life, even though it's through the lens of love.

Each episode focuses on a particular love interest, and we know that by the end of it, they'll be done because the last episode is called The Person. But it's a lovely journey that we're taken on, and you become invested in Darby's life very quickly. This is a very easy show to binge watch because our Darby deserves the best and I found myself clicking next as soon as the end credits rolled.

The story is told through a narrator, who gives you bits of information about Darcy's current situation or the inner workings of her mind. It can sometimes be fun because it reminds you that this is a story and can sometimes be jarring because why is there a random British woman suddenly telling me things?

There are ups and downs within every relationship, and it's not very straightforward, but then life never is, and it's nice to see a show acknowledge that. Life is not a straight line; there are people who come in and out of your life like a revolving door, there are others who are there through thick and thin and then there are those who are just blips on a radar.

Darby has two roommates, and while the focus is not on their love lives, they do feature and are just as interesting as Darby's.

It's not only romantic love that's focused on though. There are two episodes dedicated to two very important platonic relationships in Darby's life, but they're ones that shape who she is as a person. Darcy learns important lessons from these two women, both about herself and how she reacts to people. Darcy's character development is fantastic as she grows from her early 20s to her 30s, and witnessing her shift in priorities is highly relatable.

That's why this show is so good because at some point in Darby's life, you can relate to her. You might not agree with her decisions and rage against her staying with people who take advantage of her but who here on God's green earth has not been blinded by love in a situation like that?

Darby gets her happy ending though, and while it's not a cookie-cutter one (i.e. married with 2.5 kids and a white picket fence), it's perfect for her and completely satisfying.

We live in a world where facts and fiction get blurred
In times of uncertainty you need journalism you can trust. For 14 free days, you can have access to a world of in-depth analyses, investigative journalism, top opinions and a range of features. Journalism strengthens democracy. Invest in the future today. Thereafter you will be billed R75 per month. You can cancel anytime and if you cancel within 14 days you won't be billed.
Subscribe to News24
Next on Channel24
Obi-Wan Kenobi