Here's something that I should admit right up front, I am slightly obsessed with the British royal family. When I was 9-years-old, I wrote a letter to Her Majesty, The Queen and I got a reply from her Lady-In-Waiting and it's one of my prize possessions. (See it here)

So it should come as no surprise that I finished season two of The Crown in three days. I devoured this series based on the lives of Queen Elizabeth II and her family just as I did season one.

This season focuses more on the marriage of The Queen and Prince Philip, who celebrate their 10 year anniversary. Having recently celebrated their 70th wedding anniversary we know that these two make it through their troubles. What makes this show so fascinating is that we usually only see the royal family from the outside and it gives us an inside view to what the Queen is like personally. This season is a lot more episodic than season one. Where season one felt like a long movie following Elizabeth's ascent to the throne and her early years, the second season follows the trials and tribulations of the family set against the important world events of the 60s.

From the Suez Canal Crisis to JFK's assassination, two Prime Minister resignations and national criticism, the Queen handles it all with grace and determination. She is a strong woman and my admiration for her just continues to grow with every episode.

This series is beautifully shot, the costumes are gorgeous and acting is top notch.  If I had once criticism it would be that it felt a bit fast paced. In just one episode we find out that the Queen is expecting and by the end of the episode Prince Andrew is born. Matt Smith is brilliant reprising his role as Prince Philip, the former Greek prince who struggles to find his place and purpose in this role that's been thrust upon him. Season two does focus a bit more on Prince Philip both in the present and his past. There have been critics who have said that this season is Queen Elizabeth Lite but they set her up so well in season one that they had the room to explore and round out other characters like Philip and even to focus an episode on a young Prince Charles.

This season explores the possibility that in their early years, Prince Philip cheated on the Queen with a Russian ballerina. It's not confirmed by the prince in so many words when confronted by his wife but we see them work through this trial because as the Queen says in the very first episode, "the exit route which is open to everyone else, it's not an option for us." 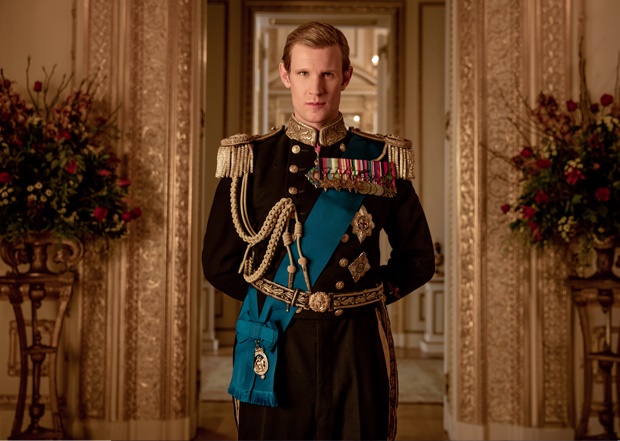 But this is not the only scandal the royal family faces this season. There is an episode that looks at the incident surrounding the Duke of Windsor and his involvement with the Nazis. The plot goes that they had intended to "kidnap" the duke and reinstate him as king. Once the spy papers came out, he vehemently denied it. Up until this point the former king was a somewhat sympathetic character but this new information and his underhanded way of going behind his niece's back turns both the Queen and the watcher's sympathies.

Speaking of sympathetic characters, I feel so sorry for poor old Michael Adeane. This man has his job cut out for him following in the steps of the incomparable Tommy Lascelles, who just can't seem to retire in peace.

One of the funniest scenes in the series is watching Michael and his assistant watch in horror as President and Jackie Kennedy blunder royal protocol when meeting the Queen and Prince Philip.

Jackie Kennedy is a strange one for me. She's usually such a favourite of mine, another strong woman from the history books but she's presented in such a different way that I don't know what to quite make of her. Played by South African actress, Jodi Balfour, her accent is a bit strange and off putting. Half the time I was trying to figure out what was going on with that mess and couldn’t concentrate on what she was saying. It's interesting to watch the Queen grow and evolve in the face of all the criticism thrown her way not only by Jackie Kennedy but also by her subjects.

The Crown is obviously dramatised for TV because well, it's TV after all, but it sticks pretty much to the facts as much as possible. Not only is this show riveting to watch in a fly on the wall kind of way, but it's also utterly and beautifully made and one of the best shows on TV.

We live in a world where facts and fiction get blurred
In times of uncertainty you need journalism you can trust. For only R75 per month, you have access to a world of in-depth analyses, investigative journalism, top opinions and a range of features. Journalism strengthens democracy. Invest in the future today.
Subscribe to News24
Related Links
Did Prince Philip cheat on Queen Elizabeth?
Claire Foy and Matt Smith ready to relinquish their 'Crown'
WATCH: The trailer for season 2 of The Crown is here!
Next on Channel24
Metal Shop Masters