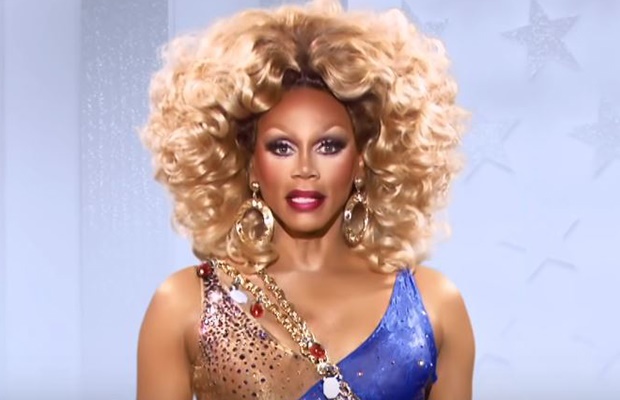 Queens compete for $100 000 and the title of America's Next Drag Superstar in this Emmy-winning show hosted by the mother of all drag mothers, RuPaul.

For 11 seasons, I have watched RuPaul's Drag Race every week. Girlfriends, flings and everything in between have come and gone, but my love affair with this show has endured. It's a constant in the queer community, much like its incomparable host, RuPaul.

So, of course, from the moment we got a preview look at the girls competing on the most recent season, season 12, I was all over it! I picked my early favourite – which was (and still is) Nicky Doll because I'm a sucker for a French accent and conferred with my various Whatsapp groups about how good this season looked.

After the first episode dropped on Netflix, I wasn't disappointed. The drama, the plot twists and the looks made for some very entertaining viewing. But then the news about one of the strongest competitors, Sherry Pie (Joey Gugliemelli), broke. And it was ugly.

Ru and all the other people behind the show then announced that the drag queen would not be featured in the finale of the show and was disqualified, which is obviously what I would expect but it also emerged that they had already filmed most of the season. So, that cast a very dark shadow over the episodes in the following weeks that feature Sherry. I have to say that it sometimes makes it hard to watch, but at the same time, I am so enamoured with the other queens like Gigi Goode and Crystal Method who show so much talent!

It's tough to see someone who admits to being a sexual predator be praised for their work. Especially in a show that I considered my safe space for so long. It provided a form of escape for me week after week, I used to sit with my best friends, who like me are all queer, and drink wine and kiki and watch Drag Race.

That being said, when Drag Race, as a show or one of its contestants, have messed up in the past they have owned their mistakes (for the most part) and tried to fix them. So, on the basis of that, and the fact that it is one of the few LGBTIQ centred shows to watch, I continued and will continue to support it every Friday as a new episode drops on Netflix.

Right now, there are currently four episodes on the streaming service and - with the above-discussed feeling of unease not included – I enjoyed every one of them.

These queens are some of the most talented the show has ever seen, and the production value, editing and music are better than ever.

I would say if you are someone who knows nothing about queer history, culture or life then a show like Pose, a documentary-like Paris is Burning and the soundtrack of the hit musical Rent! Is where you should start. But if you already know what a ball (not like in a Cinderella or a soccer way) is and you want to enjoy some queens doing what they do best, then this is for you!

Start at season one and watch the growth, because it wasn't always pretty baby, but it was always worth a watch!