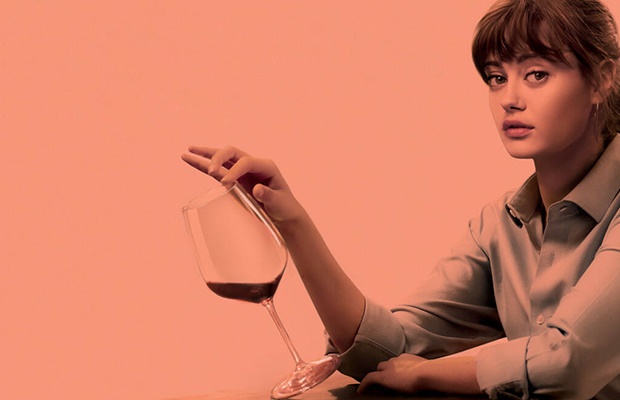 Tess moves to New York, eager to experience new things. She lands a job at a top restaurant and has to navigate life in the Big Apple along with the crazy world of the restaurant business.

When I put on the first episode of Sweet Bitter, I had no idea what to expect. I certainly wasn’t planning to develop a low-key obsession with this unassuming little show about a small town girl who moves to the big city. It’s a nostalgic coming of age story that’s very reminiscent of mid-2000s TV.

22-year-old Tess moves to New York and despite having absolutely no experience or background gets hired to train as a back waiter in one of the city’s fanciest restaurants. The series is set in 2006, but it’s so easily forgotten until you see the lack of smartphones and the computers they’re working with. The story, however, doesn’t feel outdated, and you’re quickly drawn into Tess’s new experiences of casual drugs, alcohol, sex, and learning more about life and herself.

She’s quickly thrown into a world that she knows nothing about and the people around her are not particularly helpful or welcoming. But being Tess, she quickly endears herself to them and earns the nickname Baby Monster from Russian server, Sasha.

The show does well to avoid the classic love triangle trope between Tess, good guy Will and bad boy Jake. Tess doesn’t lead anyone on and is quite honest about her feelings. But there are lots of longing looks, flirting, and who doesn’t like a bit of a bad boy?

All these characters have some kind of mystery to them, and honestly, I wish there was more than six episodes to explore them. I’m very confused by the relationship between Jake and his adoptive older sister, Simone. According to Will, Simone can’t be trusted, but Simone seems to be the only person who takes an interest in Tess’s education on wine and fine dining and just her general well-being. But there is something mysterious about Simone and the entire time you’re waiting for the shoe to drop with her. We’re still waiting by the way.

This is such a wonderful character driven show, but I think watching it as a 30-year-old and watching it as a 20-something-year old, you relate better to different characters. I mean, I can remember being that naïve 22-year-old Tess, and while this show makes me nostalgic for that, I’m so glad I’ve reached the Nicky part of my life. Nicky, the bartender, is everyone’s big brother and while he’s part of the group in a very integral way, he also just wants to get home to his bed and family.

The show is a bitter sweet look at young adulthood. It deftly conjures the nonstop and high-adrenaline world of the food industry and evokes the infinite possibilities, the fragility and brutality of being young and adrift. And I can’t wait to watch more of it.