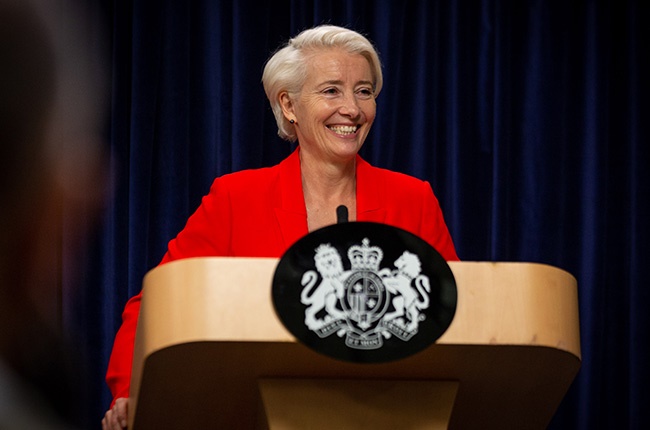 When a celebrity comes to power in Britain on a populist platform, society's changes are seen through the eyes of one family.

Years and Years is a fascinating look into what the not too distant future could look like. Told through the eyes of the Lyon family in the UK, this almost dystopian look at what the world is heading for in terms of technology, celebrities becoming politicians, how seemingly logical people can vote for the worst possible candidate and the butterfly effects of those decisions.

Russell T. Davies is an excellent writer, and it's because of his stint as the showrunner on Doctor Who that I don't think anyone should ever skip Christopher Eccleston as the Ninth Doctor. Davies' writing for both Eccleston and David Tennant's Tenth Doctor were incredible, and it's this same amazing calibre of writing that makes the characters in Years and Years shine. In just one episode you have formed some sort attachment to most of the main characters.

This is an emotionally involving story about a close-knit family who, in their ordinariness, makes them the perfect vehicle for telling this tale of how easily things can go downhill. It's a somewhat terrifying watch in that this is not such a far-reaching concept.

The way Daniel's (Russel Tovey) marriage is built-up and falls apart in one and a half episodes is heart-wrenching and so deeply complicated and once again comes down to brilliant writing. His subsequent relationship with Ukrainian refugee Viktor (Maxim Baldry) is so beautifully played out.

Grandmother Muriel (Anne Reid) is an interesting character in that she owns up to her prejudices, but then is completely accepting of things like homosexuality and is just the perfect character to hold up as a mirror to the older generation.

And while this isn't necessarily a sci-fi show, there are elements of it in here. Daughter Bethany's (Lydia West) whole storyline about wanting to be transhuman and turning her hand into a mobile phone is reminiscent of an episode of Black Mirror; it's almost scary in its inevitability.

Speaking of fear, this show is brilliant in how the fear reaches out and grabs hold of you. There is nothing more terrifying than hearing a war raid siren in this day and age. There's a scene where the family is doing an ordinary thing like celebrating their gran's birthday when every TV channel switches to an emergency broadcast and the raid siren goes off, and the fear, panic and confusion is palpable. It's so brilliantly done.

Emma Thompson gets a special shout out here - while her character is not in any way involved with the Lyon family her politics are a talking and sometimes sore point amongst the family. And while their bond is stronger than that of a celebrity politician's, it is a reflection of how, even within a close-knit family, politics can infiltrate and cause drama.

I would recommend you spend six hours of your life watching this show. It's a fascinating watch, and it leaves you with so much to think about, especially in the current state we find our world in.