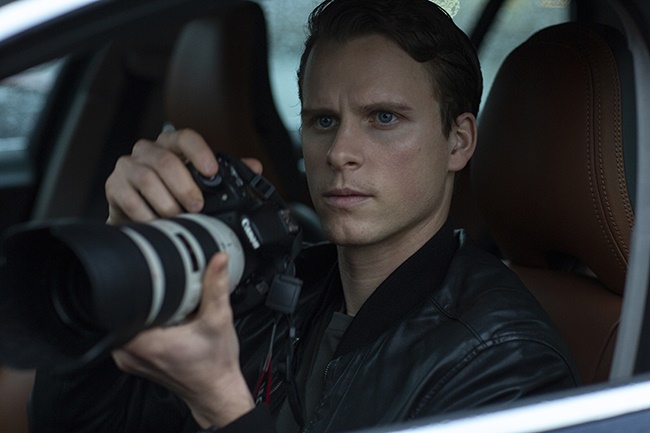 Kurt Wallander is a well-known fictional Swedish police inspector from the pen of author Henning Mankell.

The character has appeared on screen many times before in various forms played by an array of actors, including Swedish heavyweight stars like Rolf Lassgård and Krister Henriksson.

Now Netflix is bringing the iconic character back to life in Young Wallander - a modern retelling starring a fresh-faced Adam Pålsson. The series takes us to the very beginning of Kurt Wallander's career as a rookie cop in his early twenties and starts with his very first case.

But, fans of Wallander should not expect the Netflix revival to have much in common with the original character. In fact, this prequel that digs into Wallander's origin story is set in contemporary Sweden.

Another essential footnote is that although this Netflix original plays off against a Swedish backdrop its filmed in English with a predominantly British cast, except for its leading man.

These might all sound like reasons not to watch the show, but in fact, it's precisely why you should tune in.

This reimagining is the perfect mix between Nordic noir detective show, mixed with some British crime drama, and a sprinkle of Netflix flavour.

It's a much faster pace than the genres as mentioned above are known for, but still takes its time to unfold as it pulls you into the puzzle that needs to be solved.

If you enjoyed Bodyguard starring Richard Madden, you might like what Young Wallander has to offer. That being said, Wallander sadly lacks the sexual undertones that got pulses racing in the hit British show that made waves last year.

Young Wallander, told over six serialised episodes, introduces Kurt to a new generation of fans, whether they'll bite is still to be seen as Netflix hasn't yet announced any plans for a second season.

If you like a good Swedish police drama that keeps you busy for a good few hours, then you'll find what you're looking for right here.

We live in a world where facts and fiction get blurred
In times of uncertainty you need journalism you can trust. For only R75 per month, you have access to a world of in-depth analyses, investigative journalism, top opinions and a range of features. Journalism strengthens democracy. Invest in the future today.
Subscribe to News24
Related Links
I'm Thinking of Ending Things
Project Power
Gerald's Game
Next on Channel24
Love is Blind: After the Altar