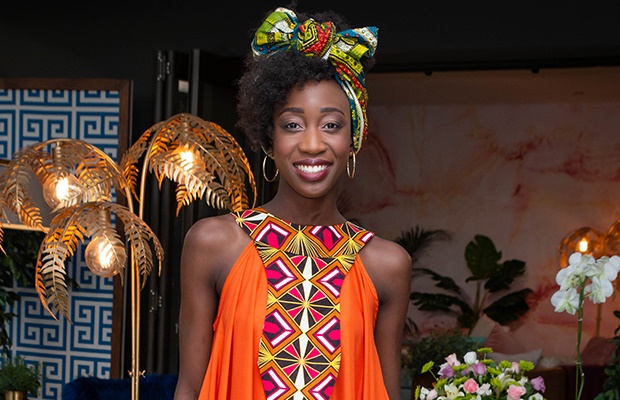 From the moment Marc Buckner saw Mulesa Lumina on the red carpet he was struck by her beauty and poise in the second season of The Bachelor SA.

The 27-year-old human rights lawyer was also one of the first women to score some one-on-one time with Marc. The pair seemed to hit it off, despite having an awkward kiss along the way.

In the latest episode, Mulesa was invited on another one-on-one date but Marisia decided to use her wild rose and steal the date.

Marc and Marisia spent their date bonding with each other and Luna, and eventually cuddling on some cushions in a romantic setting, where he presented her with a custom-made set of earrings and a rose.

We chat to Mulesa and find out how she feels about her date being stolen and ask her what she thinks about some of the things Marc said about her.

In the latest episode we saw another side to you, what brought about the change? Was there a specific incident?

I'm generally a very patient person but I only have so much patience. I'm a human being in a truly abnormal situation - dating a man on national television who is simultaneously dating your 21 housemates is far from natural! Despite how reserved and accommodating I can be, life in the mansion started to get to me. I was becoming increasingly agitated by the drama in the house, especially after the paddle board game. Added to that, I hadn't had proper quality time with Marc in ages apart from five minutes with him at cocktail parties, which hardly counts. I don't fall in love very easily so I really felt that I needed more time with Marc to know if I truly felt anything for him.

You finally got your one-on-one date with Marc and then it was stolen by Marisia. How did it make you feel?

Deep down, I knew I wouldn't be going on the date because most of us (myself included) had encouraged Marisia to use her wild rose. At the time, I thought of her as a timid and sweet girl so I wanted her to do what she felt was right, regardless of my or anyone else’s feelings. Hence, my reaction to hearing my name. I was disappointed in Marc as he had told me on numerous occasions that he was giving everyone a fair shot at getting to know him and wanted me to "trust the process". I'd finally opened up to him about guarding my heart because I was afraid of getting hurt and then my name came up on that date card soon after he gave Marisia a wild rose!

When Marisia came back with the earrings the ladies asked you if you thought it was for you. Do you think he planned that date with Luna for Marisia, considering he'd already picked out a gift for her?

I do not believe that date was for me. Something about it just seemed off to me. Marc was definitely expecting Marisia and thus prepared accordingly, with earrings that actually suited her style. I'd already met Luna on a previous date so I couldn't think of a good reason as to why he would want to deprive another lady, who hadn't had seen her, a chance to meet his fur child. Especially when he kept saying that he wanted time with everyone. (SOME ALONE TIME: Marc and Mulesa get some time alone in episode 2. Photo: M-Net)

Having seen the episode now, and especially Marc and Marisia's chat before your date card arrived. How do you feel now about the answer he gave you at the cocktail party?

Perhaps he thought I'd take a stolen date the easiest out of everyone? Perhaps he did it deliberately because I wasn't showing him affection in a way that some of the other girls were? Still trying to work that one out! I'm not entirely sure where his head was at during the cocktail party but watching it back has made me question his motives and the sincerity of his words.

We've spoken to Pasha, who's constantly been made to seem like the villain in the show. She's explained that no one really knows her. But you two seemed to have developed a bond. Are you still friends?

I think Pasha is misunderstood. Many of the assessments that the other ladies had made about her character were primarily based on assumptions - especially about her career. Perhaps that's why we gravitated towards each other because, like her, people often assume things about my character because I am so soft-spoken and initially reserved when I first meet people. Very few of the ladies, apart from myself, Gillian and Qiniso, to name a few, actually made the effort to get to know her as a person.

I was a little confused as to why some of the ladies felt like they were walking on eggshells around her because I was able to talk to her (even when she was upset) and break through her tough exterior. We all have our flaws and faults. Maybe I'm just used to having such a very diverse circle of friends so I find it easier to get along with many different personality types. Having spent time with her, I realised that Pasha's actually a total softie who wears her heart on her sleeve. I felt comfortable opening up to her because she created a space in which I could do just that and is so open with her own feelings. Pasha had shown me kindness from the first day in the mansion and over time we discovered that we had so much in common despite our differences. Before she left, we spoke at length about life outside the house and we had even made plans to hang out post-show so I'm very keen to keep growing our friendship. 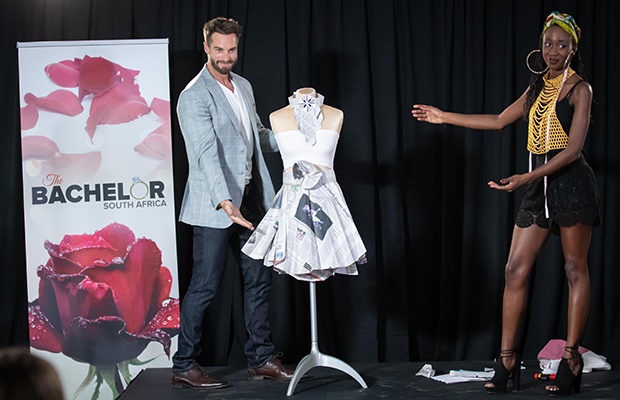 (AN EYE FOR FASHION: Mulesa shows off a talent in episode 5. Photo: M-Net)

How did you feel when Marc commented that he didn't know you were close to Pasha, and that he noticed you were acting the same way as her?

It was quite disappointing to hear him say that because the implication is that I can’t think for myself. I am my own person so I think it’s quite unfair to blame another person for my behaviour. Also, it sounded to me like he was invalidating my feelings and clearly didn't understand why I was upset at all. In previous relationships, I’ve been made to feel bad for expressing my true feelings and let a lot of things slide when I should have spoken up. I’m no longer that person and, in my own quiet way, I will stand up for myself and I don't take too kindly to being patronised. His comment told me that he may not get my vibe at all.  I did him the courtesy of approaching him about the incident, despite how hurt I felt, and if my friendship with Pasha was such a huge problem for him, I would have expected him to address it with me directly.

At this point how would you describe the connection you have with Marc?

At this point in time in the show I’d say that we’re on shaky ground. I think we resolved the white rose issue to some extent, but it seems there are still some additional issues we may need to iron out. There may still be time for love to flourish!

WATCH A TEASER FOR EPISODE 10 HERE: 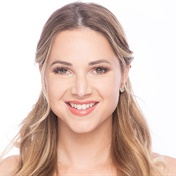