Cape Town - An official statement regarding the Babes Wodumo and Mampintsha viral video has been released on the musician's official Twitter account.

The statement thanks "everyone for the messages [of] support about the early morning video."

According to the statement posted on Babes' official Twitter page, she is unable to do any interviews as she is still too "emotional about the situation" and will release a statement on social media later on Monday.

Greetings
We would like to thank everyone for the messages support about the early morning video. unfortunately Babes can't be able to have any interviews for now as she is still emotional about the situation. She will issue the statement on her social media platform later today

Following speculation that the video could have been staged as part of a publicity campaign, Babes' sister Nonduh Simelane confirmed the authenticity of the video, saying: "It is very, very real."

When asked about Babes' well-being, she said: "She is doing okay, she is resting and she is safe."

Related Links
DJ Tira releases statement following Babes and Mampintsha viral video: 'I have never, and would...
All the winners at the 2019 Saftas
Bouwer and Leandie call it quits after three years of marriage
Share
Next on Channel24
Lorna Maseko rubbishes pregnancy reports: 'It's truly disgusting' 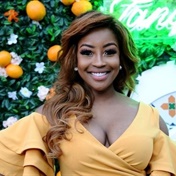