Cassper shares he tested positive for Covid-19: 'My body was all over the place' 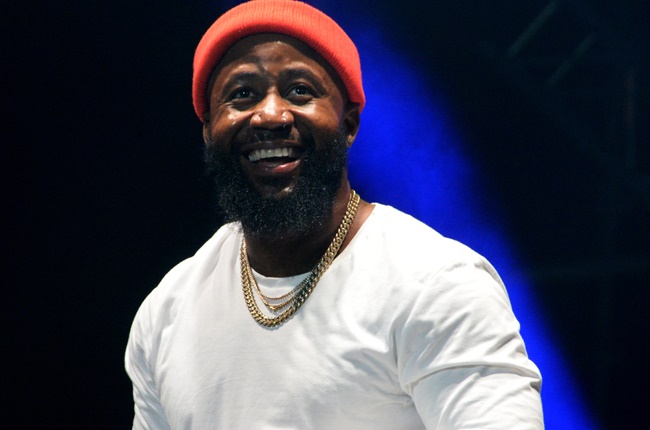 During an interview with Ebro Darden on Ebro Show, rapper Cassper Nyovest revealed that he had tested positive for Covid-19.

The rapper did not say exactly when he contracted the virus, only saying: "At first, it was just a scary part where we didn't know what's going on, but we stayed home."

He explains that he contracted the virus at a meeting, although everyone was adhering to social distancing regulations.

"Somehow I caught it, and if I wasn't called by the person who tested positive, I wouldn't have known. I just had a little headache, and I thought it was from sparring, maybe someone hit my head too hard, so I went and got tested, and I found out I was positive."

He goes on to say that although he experienced mild symptoms, on the seventh day of the fourteen-day quarantine period "it got challenging".

"I had a very hectic fever, my body was all over the place. I was hot and cold. I was sweating. When I took off my clothes I was cold. That was the one day I remember being challenged by it. Probably seven days later I was back running in the streets. But the first day I was running I could feel that my chest wasn't all the way okay. I didn't have all the symptoms but it definitely felt worse than just the flu," he explains.

Cassper also spoke about the financial impact of Covid-19 on his "livelihood", saying that although he tested positive and was unable to earn a consistent income through shows he continued to pay his employees "even though nobody was working."

My guest today on the Ebro Show was South Africa’s @casspernyovest, talking his new album A.M.N (Any Minute Now). We also get into his own battle with COVID-19 that left him unable to work for two weeks.

We live in a world where facts and fiction get blurred
In times of uncertainty you need journalism you can trust. For only R75 per month, you have access to a world of in-depth analyses, investigative journalism, top opinions and a range of features. Journalism strengthens democracy. Invest in the future today.
Subscribe to News24
Related Links
We speak to Tino Chinyani about becoming a dad: 'He brings tears to my eyes when he smiles at me.'
Trevor Noah is in the running for this People's Sexiest Man title
Lee Thompson claims 'deception, manipulation and lies' on The Bachelor SA
Next on Channel24
J'Something and wife Cordelia celebrate 10 years together