DJ Fresh on giving ProVerb his big break in 2003: 'Took the ball. Ran with it. Bought the stadium' DJ Fresh congratulated ProVerb on the release of his memoir, dedicating an Instagram post to the producer.

In this memoir, ProVerb, whose real name is Tebogo Thekisho, pays tribute to the people who've helped make him become the person he is, especially his parents, his grandmother and his siblings.

He says that he'll share the lessons he's learnt through the different phases of his life, and also delve into the dark times he's endured, including his painfully public divorce and attempted suicide.

In 2003 the Big Dawg employed me as a technical producer for the Freshest Breakfast show. I was supposed to be at work 5am and was late on my 1st day. Big Dawg said "My man, it happens once and never again" I've never been late for anything since.. Love and appreciate you @djfreshsa Thank you ???? #TheBookOfProverb

DJ Fresh shared a video of himself praising ProVerb on the massive accomplishment and captioned the clip: "2003 @adilatlarge hounded me about giving some kid a break to be technical producer for my breakfast show on @YFM! There was MIN budget so I had to pay him myself!THAT KID JUST DROPPED OFF HIS NEW BOOK!"

In the video, DJ Fresh asks ProVerb who should buy the book, to which he responds: "Anyone I think looking to be sort of engaged, you know, to hear from another ordinary South African youngsta, you know, who is out pursuing big dreams."

He concludes the post, writing: "I love you @ProVerbMusic!! Took the Ball. Ran with it. Bought the stadium!"

"I love, appreciate and respect you Big Dawg," proverb replied in the comment section of the post.

2003 @adilatlarge hounded me about giving some kid a break to be technical producer for my breakfast show on @YFM! There was MIN budget so I had to pay him myself!THAT KID JUST DROPPED OFF HIS NEW BOOK! ?? I love you @ProVerbMusic!! Took the Ball. Ran with it. Bought the stadium!

We live in a world where facts and fiction get blurred
In times of uncertainty you need journalism you can trust. For only R75 per month, you have access to a world of in-depth analyses, investigative journalism, top opinions and a range of features. Journalism strengthens democracy. Invest in the future today.
Subscribe to News24
Related Links
Former Idols SA contestant Phindy Dube shares pregnancy news
PHOTOS | Mr South Africa contestants arrive in Cape Town
PHOTOS | Pearl Modiadie shows off her baby's stunning nursery
Next on Channel24
Claudia Henkel sustains concussion after car accident: 'I woke up in an ambulance' 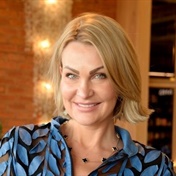