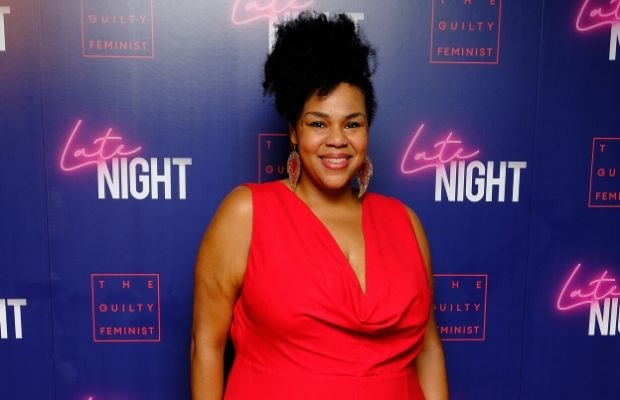 American comedian Desiree Burch is in the Mother City and ready to excite audiences with her brash and energetic style of in-your-face comedy. And if she looks familiar, it's because Desiree is also the host of the Netflix game show Flinch.

Desiree joins 15 other international comedians to complete the Cape Town International Comedy Festival line-up, running at the Artscape until 8 March.

"This is my first time on the African continent, and I've wanted to come for a while," she explains, saying: "It's great for 10 billion reasons, but one of them is that it's summer here and I got to escape winter for an extra ten days. Anytime you can do that as a comic, always do that. If you can cut down on the bleak abysmal grey of the Northern hemisphere, totally do that. I leapt at the chance."

Another reason she counts among the 10 billion is because South Africa is Trevor Noah's birth country.

At the top of Desiree's travel bucket list is a hike up Table Mountain, but the comedian says she might "wimp out" and take the cable car instead. "It's one of those things where people will tell you that it will take you two hours to get up, but I know myself. It will take me four hours, and even if I take the cable car down, it would have taken up most of my day," she laughs.

The award-winning comedian is in town for two shows, Book Club, a night of all-female and non-binary comedy, and Danger Zone; a no holds barred romp described as "fabulously filthy and dangerously funny".

A post shared by CapeTownComedyFestival (@capetowncomedyfestival) on Feb 26, 2020 at 10:04am PST

About Book Club, which is for one night only, Desiree says: "Book Club is the only all-female line-up of the week. I've met almost all the female comics. Some are local to South Africa that I haven't met yet. Essentially it is going to be some badass female comics doing comedy, but just being women while they do it. It will be bold. It will be nuanced. It will be a different perspective on what you frequently get to experience."

"It is a look at what the comedy world looks like in the universe - just a little bit. We all have been to male headlined shows and have been naturally accepting that. For many of us sitting in the audience, it's like: 'Something feels wrong. And I can't quite put my finger on it.' Because we're so used to seeing just men, men, men, men, men," she elaborates further.

Desiree believes that the opportunities for women in comedy are probably more exciting in 2020 than it has ever been in previous generations.

"I mean, just even if purely for capitalist reasons. We're 51% of the population, I think. We have money; we have clout, we have interests, we need to have comedians who speak to us. Right? Men have been doing it for years, talking about their lives, their relationships, their families. And to not have men think: 'She's just going to sit here and tell period jokes.' What woman comic has ever told a period joke that like ever got anywhere?"

NOT FOR THE FAINT-HEARTED

When asked if she would include the tidbits from her experience working in a New York sex dungeon, she assures us that she will be sharing those stories with local audiences as, "It's hilarious!"

A post shared by CapeTownComedyFestival (@capetowncomedyfestival) on Jan 30, 2020 at 6:09am PST

"I'm curious to see how that goes down in South Africa. You know, because a lot of it is funny and titillating, but also some of it is just very honest and a little bit random."

She light-heartedly explains the meaning behind the name of the show, saying: "Danger Zone is an umbrella term to keep people from asking for their money back after the show. It is no hold barred."

"The audience should expect a raw comedy show without filters, you know, and plenty of swears but very intelligent and on-base subject matter," she says when asked about the topics.

Desiree comes across as a naturally bubbly and friendly person, but when asked if she is the same Desiree on and off the stage, she replies: "Yes and No." She explains: "Comedians can often be insular and quiet. Because the time you spent on stage requires such a ramp-up of energy, afterwards there's such a plummet."

From the other comedians on the line-up, Desiree is looking forward to listening in on local comedian Robbie Collins, because she heard through the grapevine that "Johannesburg comedians are assassins."

She urges the audience to come to the shows relaxed and with an open mind.

Spread the laugh and please use the hashtag #CTCF2020

Related Links
Cape Town International Comedy Festival line-up and five shows you don't want to miss!
The world's best 'card mechanic' happens to be blind and he can cheat any card game
Comedian Ntosh Madlingozi tells us about 'Sober Sex' and male privilege
Share
Next on Channel24
OPINION | Farewell from a distance: Saying goodbye to Mary Twala