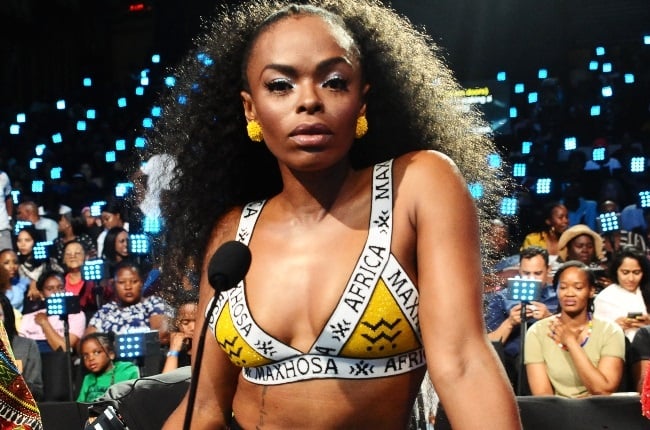 As reports swirled about the reason for the Idols SA judge's sudden departure, City Press reported of a heated altercation between Unathi and colleague Sizwe Dhlomo, just weeks before.

While Unathi remains mum about her dismissal, Sizwe cleared the air on the events that transpired, saying City Press' accounts of the incident was "mostly true."

Speaking to Channel24 on Wednesday, Kaya 959 said: "...the station would prefer not to be drawn into a debate around the details of what transpired in the interest of both parties."

We look at the timeline of events in the week that followed Unathi's exit from Kaya 959.

Kaya 959 on 17 November abruptly ended its contract with the presenter "effective immediately".

"Ms. Nkayi's contract has ended prematurely due to certain conduct that rendered the relationship intolerable going forward. Kaya 959 can confirm that certain incidents had occurred, which resulted in the breakdown of the trust relationship between the two parties. The business can further confirm that due process was followed, and the decision was therefore made to part ways with Ms. Nkayi," said a statement issued on behalf of Kaya 959.

According to an unnamed source, Unathi had laid a formal complaint with the station's HR department, accusing Sizwe of "being unprofessional and verbally abusing her" after he arrived late for his show - which follows Midday Joy With Unathi.

City Press reported that Unathi was adamant that Sizwe be pulled off-air, following the altercation.

After a review of the heated in-studio exchange by HR, which was recorded by studio mics, Unathi was reportedly not satisfied with the station's recommendation to resolve the issue, and she was subsequently dismissed.

When questioned about the stations protocol for managing abuse allegations and the repercussions for presenters who arrive late, Kaya 959 told Channel24 on Wednesday: "Relationships between presenters and the station are regulated by contracts entered into with those individuals. The contracts cover all terms of engagements and expectations on both parties. Any issues arising from the relationships are dealt with according to the terms of the said contract."

Sizwe took to social media to address the claims made in the City Press article, saying: "The story is mostly true."

He also dispelled any suggestion of a strained relationship between him and Unathi on Twitter, saying that they "got along." "We had even spoken 20 mins prior to that incident & it was all laughs & giggles," he tweeted.

About reports that he was late for his shift, Sizwe tweeted: "I'm always calm & I'm always at work at least two hours before to work on music. What happens is sometimes I'll be too busy with prep & then I won't come in to do a throw forward if we're pressed for time because I'd rather complete the show first. Then I tell them to skip it. [sic]"

Sizwe went on to say that he did not feel responsible for Unathi's dismissal and that he only "followed procedure & exercised my recourse."

He said about the alleged audio recording that it would be released "if the time comes & the need arises."

On Tuesday, it was announced that Unathi would no longer host the 2021 GQ Man of The Year Awards ceremony, taking place on 27 November at Four Seasons Hotel, The Westcliff.

Speaking to Channel24, GQ's Editor in Chief Molife Kumona confirmed swirling reports of Unathi's sudden departure, saying: "It is with regret that singer-songwriter,  businesswoman, entertainer and reality show judge Unathi will no longer be joining us for our event due to unforeseen circumstances. However, we continue our long-standing relationship with Unathi and look forward to upcoming opportunities in the future."

GQ would not disclose whether their decision to part ways was linked to the recent controversy surrounding her departure from Kaya FM.

On Tuesday, amid the swirling controversy, it was announced that Unathi would return for season two of Festive Get-Togetherin The Life Artois on Mzansi Magic on 1 December.

In the show, Unathi and chef-restaurateur Alessandro Khojane host high-profile working friends, couples, and families who, in their journeys to success, open up about the struggle to find balance in their busy lives.

Channel24 reached out to Unathi and Sizwe for additional comment and will update the article should more information become available.