'Jessica, we're live' - the viral moment that has SA in stitches 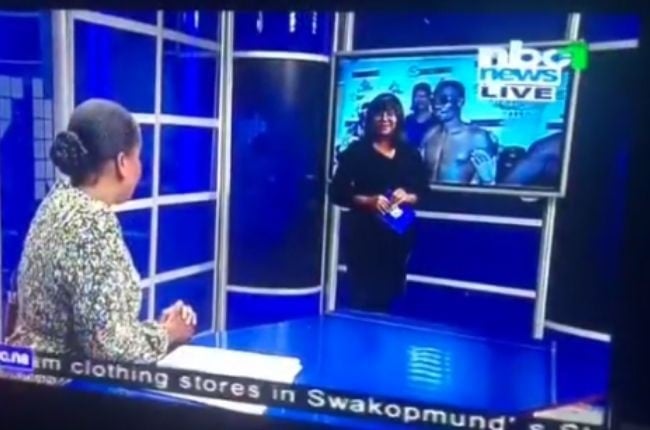 There truly is no formula to create a viral moment!

A Namibian sports anchor saw her name reach the top of Twitter trends on Thursday when an on-air news gaffe went viral in South Africa.

The clip shows sports reporter Jessica confront her colleague live on-air, only to reminded by the crew: "Jessica, we're live."

The clip starts with news anchor, Elmarie Kapunda, wrapping up her report before introducing sports reporter Jessica and making an off the cuff comment on the upcoming sports bulletin.

"No, we are not going to do that! You're just going to greet me and say: 'Take it away,'" responds an annoyed Jessica, who did not appreciate her colleague going off-script.

The moment is followed by a few seconds of dead air, and uncomfortable eye contact before the segment (thankfully) cuts to commercial.

The viral moment has since been re-enacted during an on-air SABC broadcast and shared thousands of times across social media and WhatsApp.

Namibia's NBC is yet to release any statement about the incident.

SABC NEWS team ???? #jessicawearelive #Jessica I love it when we laugh man! pic.twitter.com/xejQ2iTPIc

We live in a world where facts and fiction get blurred
In times of uncertainty you need journalism you can trust. For only R75 per month, you have access to a world of in-depth analyses, investigative journalism, top opinions and a range of features. Journalism strengthens democracy. Invest in the future today.
Subscribe to News24
Next on Channel24
Request for special provincial funeral for Shaleen Surtie-Richards