Schelaine Bennett is in a new IGTV series Lockdown Heights - about life in lockdown, filmed under lockdown 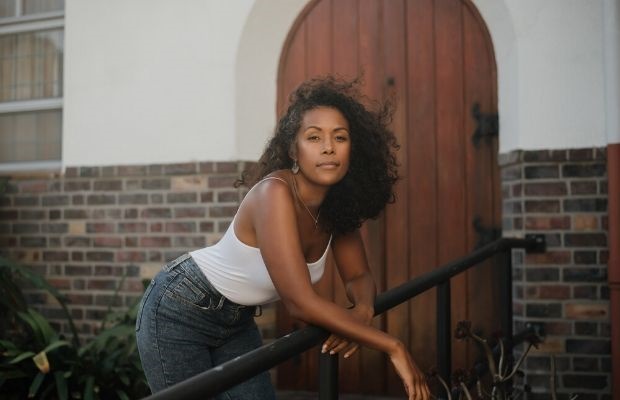 While under the national lockdown at her parents home in Cape Town, Channel24 caught up with actress Schelaine Bennett over Zoom, to talk about her role on Lockdown Heights - an IGTV series filmed under lockdown about the lockdown.

The concept behind Lockdown Heights is unlike anything else available online at the moment. Written by Ayanda Makayi, Bradley Olivier, Kirsten Mohammad and Letuka Dlamini, the actors film their scenes from their homes, and it's then later edited to create a cohesive 10-minute episode.

While unable to physically be on set and while located in different cities, the actors use camera angles, and clever editing to create the illusion that the actors are in the same room, laying in bed together or embroiled in a heated confrontation!

With the entire world under lockdown due to the on-going spread of Covid-19, Johannesburg residents of an apartment complex, struggle to adhere to government restrictions and their lives are intertwined through scandalous affairs, murder and dangerous secrets.

CATCH UP ON ALL THE EPISODES HERE

Schelaine, who is most recognised for her roles as Zoë Phillips in Generations: The Legacy and Claudette Roberts in Isidingo: The Need, takes on the role of Tamara. The free-spirted Tamara, who is Damian's (Clint Brink) younger sister, is still working through the trauma of almost losing her life in a car accident, where she spent 6-months in ICU.

The 34-year-old, whose current international projects include her portraying Eve in Amazon Prime's Good Omens, talks Channel24 through the intriguing concept behind Lockdown Heights, and the inner-workings behind bringing the impressive feat to fruition.

Actors came together to tell a story about a bunch of individuals who live in an apartment block in Johannesburg South Africa during the 21 Day National Lockdown, their drama continues!

New episodes of Lockdown Heights are available on IGTV weeknights at 20:30.

We live in a world where facts and fiction get blurred
In times of uncertainty you need journalism you can trust. For only R75 per month, you have access to a world of in-depth analyses, investigative journalism, top opinions and a range of features. Journalism strengthens democracy. Invest in the future today.
Subscribe to News24
Related Links
90 Day Fiancé: Big Ed on that STD test and the lies that came back to bite him
90 Day Fiancé: SA's Syngin Colchester tells us everything about life in America and what he...
SA adventurer Riaan Manser and his wife Vasti were stuck on a small boat together for 173 days –...
Next on Channel24
Zoleka Mandela shows off her baby bump in 7 photos