Tributes pour in for SA actor David Dukas: 'You could move mountains with your warm smile' 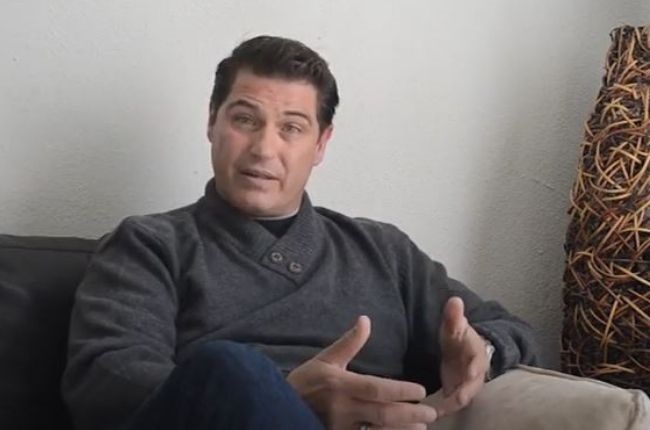 Prolific South Africa actor David Dukas who appeared in District 9, Invictus, and Black Sails, has died from heart failure. He was 51.

The Theatre Benevolent Fund of SA said that it "mourns the sad loss of wonderful actor David Dukas. Condolences to his loved ones," as messages and tributes started pouring in from industry friends on Wednesday.

@TBFofSA mourns the sad loss of wonderful actor David Dukas. Condolences to his loved ones

According to fellow actor and close friend Morné Visser, David was rushed to a Mediclinic hospital in Cape Town but was declared dead on arrival, reports Netwerk24. Morné added that David was fit and healthy and had no known heart conditions.

"Rest soft David Dukas, you were one of the true gents of the industry and always a smile and kind words even when the shit was mounted against us. You will be missed and you were a legend as an actor and person in my eyes," tweeted actor Garth Breytenbach.

Born in the mining town of Virginia, David Dukas, from a young age, went with his mother, who was a member of the amateur dramatic society The Goldfields Players, to stage rehearsals, which sparked his love of acting.

As tributes continued to pour in, David is remembered as a "charismatic and dearly loved person." "You had the kindest heart, you always had time for everyone and you could move mountains with your warm smile. A special soul," wrote musician Thomene Dilley.

He graduated high school in 1988, completed the National Higher Diploma in acting at the Tswane University of Technology and began his career on-stage at the former PACT (Performing Arts Council of Transvaal).

In 1993 he made his TV debut in Triptiek, and in 1994 he joined Egoli on M-Net (DStv 101). He was seen again on the channel two years ago as Bruno in the international HBO co-production Trackers.

Since 1993 the actor went on to make numerous appearances in several South African and international co-productions filmed in the country over the past 28 years.

David portrayed Captain Hume in A+E Networks' Black Sails on the History (DStv 186) channel, filmed in Cape Town, and appeared in the British sci-fi series Doctor Who in 2018 when that series filmed two seasons in Cape Town.

In film, he starred in Hot Legs, Merchant of Death, The Place of Lions, Operation Delta Force 3, Operation Delta Force 5, Sweepers, Inside Out, Cold Harvest, Africa, Merlin: The Return, The Gates of Cleveland, Desert Diners, Stern der Liebe, Witness to a Kill, Lyklollery, Slash, Hooded Angels, Stander and 2003's The Company You Keep.

He also appeared in movies like Beserker, Blood of Beasts, Zimbabwe, District 9, Invictus, 2010's Mrs Mandela and 2011's Winnie Mandela, Elusive Spring, Brothers in Blood, The Jakes are Missing, My Father's War, Far From the Castle, Bloodshot and 2020'si.

Other than numerous TV commercials, David was on stage in productions like Biko: Where the Soul Resides,  Princess Emma-Ukuzazi, the long-running Hinterland and several others, and he also worked as a voice-over and dubbing artist for telenovelas.