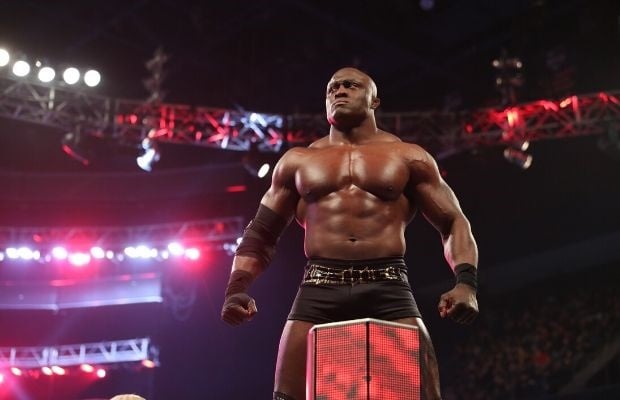 Channel24 spoke to WWE superstar Bobby Lashley from his family home and got a glimpse of the low-key family guy behind the 124 kg powerful MMA fighting machine nicknamed "The Dominator."

Bobby, whose real name is Franklin Roberto Lashley, looks every bit as intimidating sitting behind a laptop screen as I imagined he would be - with his soccerball sized biceps! But as we get talking, I realise he is a mild-mannered family guy (Who just happens to weigh as much as a baby elephant!)

When asked how he has been doing in response to the coronavirus pandemic, now that his schedule has been flipped on its head, he says: "You know, you're talking to a person that always sees things in a positive way.

"I was actually driving down the street the other day when I saw a mom walking with her kids, and the little kids were riding their bike, and walking the dog. And then I started noticing this everywhere. I know there's a lot of negatives going on right now, but the positives are that I spend a lot more time with my kids."

During our call, one of his kids interrupt our session, but it's the journalists who get put on hold, while Bobby switches into total daddy mode. And when he is finished, he hardly misses a beat as it's back to business on his Zoom call to South Africa.

And how does a professional wrestler stay pro-active during a global pandemic? He is working towards his real estate licence, of course!

"I just told my kids this month: 'Tell me one thing that you want to accomplish'," he explains.

"My daughter wants to learn the guitar, and my other daughter wants to be able to do a handstand. We all have all kinds of different things that we're trying to do, so I tell people right now, set goals, mini-goals for yourself," he says.

During a time when it's even harder than usual to get a break from from the headlines, Bobby suggests turning off the TV an easy way to stay more positive.

I’m sure everyone is finding new ways to workout. I added these to my morning routine and my legs are smoked! The mass suit took this workout to a whole new level! @jukeperformance ???????? #morningcardio #boxjumps #masssuit

But when he does sign into Netflix, you'll find him currently watching Money Heist or Ozark. "When I started watching Ozark, I thought I was going to pace myself, but I sprint through it all at once. I'm well into Money Heist right now, but waiting for a new season of Ozark, so if you have any other recommendations DM me on Instagram or Twitter," he laughs.

Bobby has also been using his more flexible schedule to re-focus on work. "I do more interviews now since I have a little time off. So now people get to see who I actually am and I don't have to fake it on Instagram," he cracks a joke.

"And then if there are any tweaks that need to be made to your character. This is the time to do it. And I think the tweaks that I'm making right now, I think you're going to be very exciting," he reveals.

Growing up, Bobby says that like most kids, he was a massive fan of wrestling - the sport and the business. He says: "I didn't care about the feuds. I just thought it was so cool that you had a good guy and a bad guy in the ring together and they were fighting. I loved it all."

His all-time favourite wrestler was Kane, who he later had the opportunity to fight in the ring when he joined the roster. "I'm getting gooseflesh just thinking about it," he shakes off his shoulders, adding: "But it was an incredible experience. The big red monster standing across from me. I geeked out a little bit!"

Bobby, who visited South Africa during the 2019 WWE Live Tour says he is more than excited to see his local fans again and see the beautiful sight that the cities have to offer. "I can't wait to come down there and put on a show for the South African fans," he says.

This was definitely an amazing trip. I had an opportunity to visit a Safari while doing a media tour in South Africa. I must say I was a bit nervous at times but #TheAllMighty fears nothing. ???? #bucketlist #africansafari #nothingscaresme #Lashley #cheetah

Related Links
6 of WWE's most stylish men
UPDATE: Former WWE star Shad Gaspard's body washes up on beach days after going missing
Who is The Undertaker when he takes off his trench coat and hat?
Share
Next on Channel24
The top 3 entertainment news headlines that dominated SA's social media channels in 2020 (so far)